MAIN MENU
Charles Dickens Interview Literature
Charles Dickens (1812-1870) has been widely regarded as one of the greatest British writers of the 19th century. His novels, including A Christmas Carol, Great Expectations, and A Tale of Two Cities, portray the often-grim existence of ordinary people in the Victorian era—the depiction he based on his own childhood hardships. 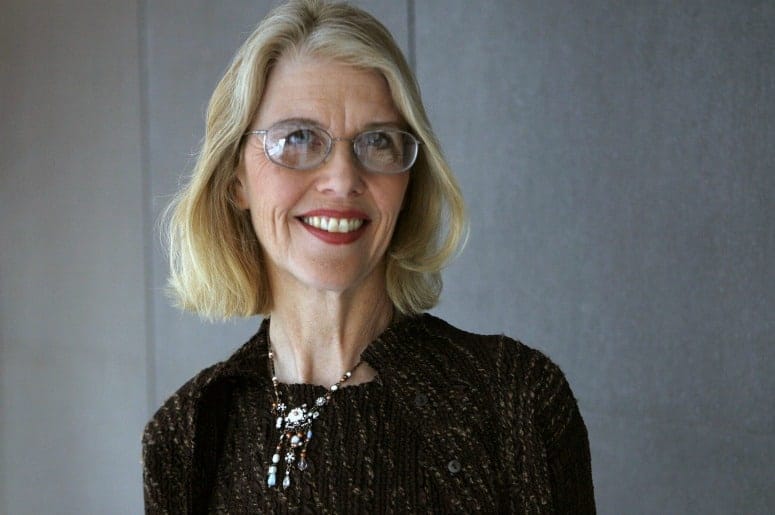 “The Inimitable” Charles Dickens: Jane Smiley on the British Novelist’s Many Sides and Enduring Appeal

Widely regarded as one of the greatest British writers of the 19th century, Charles Dickens (1812-1870) whose novels, including A Christmas Carol, Great Expectations, and A Tale of Two Cities, portray the often-grim existence of ordinary people in the Victorian era—the depiction he based on his own childhood hardships.

Hailed as one of America’s greatest living writers, Jane Smiley is the author of numerous novels, including A Thousand Acres, which was awarded the Pulitzer Prize, as well as five works of nonfiction and a series of books for young adults.

Simply Charly: Penguin’s Lives series paired “celebrated writers with famous individuals who have shaped our thinking.” Why were you paired with Charles Dickens?

Jane Smiley: They sent me information about the proposed series, and I suggested Dickens as an influential author.

SC: As a devoted and enthusiastic reader of Dickens’ fiction and an acclaimed novelist yourself, what particularly attracts you to Dickens’ work?

JS: I started reading Dickens in 7th grade, and I truly did not understand a word. We read Oliver Twist, and I was the one who raised my hand and asked why Oliver couldn’t have another helping of porridge. Then we read Great Expectations in 8th grade. I also found that horrifying. So when we were assigned David Copperfield in 9th grade, I was dreading it, but I loved it. Read it in two days. After that, I might have read A Tale of Two Cities, but the one that called me back was Our Mutual Friend, which I read in my senior year in college. I think you have to learn to read a writer with a complex style and temperament like Dickens. He might be a little hard to take the first time around. Once you get used to him, though, his style is varied and colorful, and his take on the world around him is inclusive. He tells you about the crazy people, and Anthony Trollope tells you about the sane people.

SC: While conducting research for your book, what sources did you find most helpful?

JS: Peter Ackroyd’s Dickens, Claire Tomalin’s bio of Ellen Ternan The Invisible Woman, and some history books—but it’s been a while, so I can’t really remember, other than Dickens’ own works.

SC: In your preface, you state that Dickens was “maybe the first true celebrity in the modern sense.” Can you elaborate?

JS: Because of mass printing and the exporting of books to the US, he had lots and lots of readers; it’s estimated that every book sold was read aloud to 14 people. This made him a great bestseller. Magazines were starting to be very popular, sort of like television today, and that meant more readers than when books and lending libraries were the main forms of bookselling. When Dickens went to the US for the first time, he was welcomed and hounded and stalked because of his writings, in the same way that photographers would stalk Princess Diana in order to get a photo and sell it. Later in his life, he courted fame in a sort of rock-and-roll way when he gave lucrative and popular dramatic readings. I think he was of two minds about his fame—he made a lot of money, but it was hard for him to retain his privacy, which was very important to him.

SC: You also state that despite Dickens being the “most amply documented literary sensibility in history,” he remains, like Shakespeare, albeit for different reasons, a mystery. How so?

JS: Dickens was both a public man and very secretive. He was quite good at investigating others, but keeping his own issues to himself. He did reveal himself a couple of times, especially in a letter to a publication when he was splitting with his wife, but he suffered for that because he was denounced by some friends and colleagues who disapproved of his actions. That taught him to be even more careful. Since psychoanalysis wasn’t invented then, no expert was around to analyze his complexity into a coherent system, and he has been so prolific, like Shakespeare, that we can’t really analyze his works into a comprehensible system. For example, in David Copperfield, David has an uncle who is an obsessive writer, who can’t stop King Charles’ head from getting onto the page. I think this is a humorous reference by Dickens to himself, but how to prove this? The references are so numerous and refer to so many things that they are overwhelming.

SC: Dickens was a man of many talents, one who wore many hats, so to speak. Can you give us a sense of his diverse interests?

JS: Just a couple of examples. Dickens loved theater and thought of becoming an actor when he was young, so when he discovered that there might be both profit and enjoyment in doing dramatic readings, he took to it with enthusiasm, even though it was considered just a little déclassé at the time. He became quite famous for “doing the voices” and rehearsed just as he would if he were in a play. He also acted in a few plays as charitable events with his friend, English novelist and playwright Wilkie Collins. As another example, from the beginning, he was interested in charitable causes. He not only wrote about the poor and unrepresented, but he also worked hard to better their lives, especially in conjunction with a wealthy friend of his, Miss Coutts, who came from a prosperous banking family. In addition, he was deeply involved with his own family, and had plenty of theories about child-rearing. He loved to travel and explore, and sometimes incorporated his travels into his works, as when he went to the US the first time, and wrote about the junction of the Ohio and the Mississippi in Martin Chuzzlewit. He had theories about almost everything. He was known to be very observant—one person who met him said that meeting him was like being scanned from top to toe.

SC: As a reporter, Dickens had a wonderful eye for detail and a natural gift for dialogue. What are some other notable qualities of his writing style?

JS: His work, I would say, is hyper-realistic, meaning that he is observant, but his observations are passed through his own vivid imagination, and everything emerges on the page in what you might call “high-contrast.” The good characters are very, very good, and the evil characters are very very bad, and there is not a great deal of ambiguity, as with Trollope or Jane Austen. The action is fast and in many ways complex and dramatic. The style is straightforward and often becomes rhythmic and incantatory. He has a great gift for depicting character, and all of his characters vibrate with life and energy, even if they are not like anyone you, the reader, has ever met.

SC: For quite some time, one of the most mysterious and controversial aspects of Dickens’ personal life was his relationship with a young budding actress named Ellen Ternan. What do we know of their relationship?

JS: One would do best to consult Claire Tomalin’s The Invisible Woman for her exploration of the Dickens/Ternan relationship.

SC: Of all of Dickens’ works, which one do you find most resonant?

JS: My favorites are Our Mutual Friend, David Copperfield, and A Tale of Two Cities.

SC: What do you feel is Dickens’ enduring appeal?

JS: Story-telling and idiosyncrasy. He called himself “The Inimitable,” and I think he was right.