MAIN MENU
Albert Einstein Interview Physics
Considered to be the most influential physicist of the 20th century, Albert Einstein (1879–1955) developed the theory of relativity and laid foundations for modern quantum mechanics. 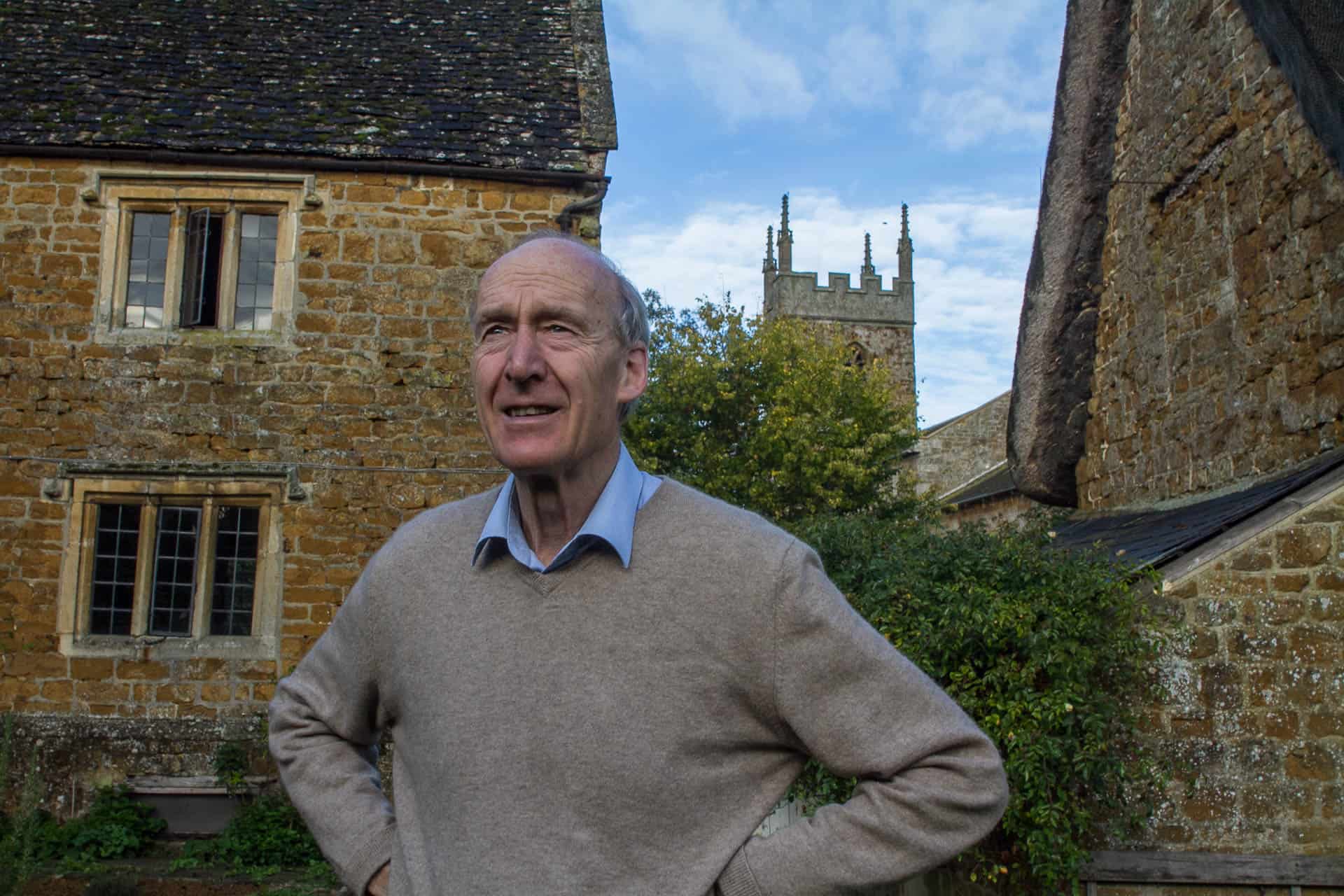 Killing Time: Julian Barbour Explains his “Timeless-view” of the Universe

Julian Barbour is a theoretical physicist who has worked on foundational issues in physics and astronomy for 35 years. His first book, the widely praised The Discovery of Dynamics, has recently been republished in paperback. In 2000, the Association of American Publishers awarded The End of Time its prestigious award for excellence in the Physics and Astronomy section.

Simply Charly: In your book The End of Time, you argue that the apparent passage of time is an illusion stating that “if we could stand outside the universe and ‘see it as it is,’ it would appear to be static.” How so? How can we be so wrong about something so familiar?

Julian Barbour: As easily as previously people thought the sun goes around the earth.

SC: The notion that Time is an illusion, that there is no Before, Now, or Future is a bizarre view to hold from the view of classical physics. The flow or arrow of Time marches forward according to the second law of thermodynamics, which says that entropy always increases or stays the same, but never decreases. When wine is spilled, it can’t flow back up into the goblet, and when that glass is broken, their pieces can’t shatter back together. How does your theory explain this?

JB: You can shuffle cards of the suit Hearts for example and then arrange them in order using the images on the cards. That owes nothing to a flowing time. Similarly, you can imagine snapshots taken of the events you mention, shuffle them, and give them to someone else. They too will arrange them in order. All the information needed for the ordering is in the individual snapshots. Laws like Newton’s tell you why one snapshot in the series follows another (going either way). The content of the laws can be reformulated in such a way that time is redundant in this process. Of course, the great mystery is why consciousness shows us anything, including things in motion. The resolution of that conundrum is perhaps impossible. However, the information consciousness uses is snapshot-like. In fact, some people with neurological problems do see the world as a succession of snapshots. Perhaps they are closer to the raw truth than ‘normal people’ like you and me.

In fact, most people assume that an increase in entropy determines the direction of time. They do not supply an independent criterion, by means of which one could say that entropy always increases with time.

SC: While most cosmologists have been trying to patch up the holes left in Einstein’s cosmological quilt by tweaking it into compliance, a few renegade scientists, including you, have been blazing another path entirely. Can you give us a brief background on the research you’ve been conducting?

JB: Einstein’s great theory of gravity is called the general theory of relativity. The main stimulus for its creation came from Ernst Mach’s insistence that all motion is relative. However, Einstein set about implementing this idea indirectly. When I first saw what he had done, back in 1963, I felt one should see the consequences of a direct application of Mach’s insistence on the relativity of motion. After many years and the luck of working with very good collaborators my current belief is that, by his indirect method, Einstein did arrive at essentially the correct theory but with a certain amount of redundant structure. If we are on the right track, this redundant structure needs to be stripped away. We suspect that the many cosmological models currently allowed in Einstein’s original formulation will cease to be allowed. We hope to be able to make stronger predictions. We have evidence that our “slimmed down” version of Einstein’s theory, which we call Shape Dynamics, will reveal hitherto unsuspected features of the universe currently hidden by the redundant structure of Einstein’s original formulation.

SC: Do you think Time is a fundamental or emergent property of our universe?

JB: Emergent. For me, the fundamental things are possible configurations (in fact, shapes) of the universe and a law. In classical physics, it determines a succession of shapes. What happens in the universe, if it is governed by some form of quantum mechanics, is as yet unknown.

SC: Physicist Lee Smolin has been very much influenced by your views on Time but recently has taken a remarkable volte-face believing that Time is indeed real. How would you rebut the criticism he has made of your ideas on Time being an illusion?

JB: Lee remains a very good friend. However, when he says that time is real and I ask him what that means, I find that his arguments actually rely rather heavily on the recent work of my collaborators and me: Shape Dynamics. This is because Shape Dynamics, if correct, restores a notion of universal simultaneity. Crucial for Lee is also his belief that the laws of nature evolve by a kind of mutation whereas I believe in a timeless law of the universe. In Shape Dynamics the instants of time are possible shapes of the universe; there is no pre-existing time in which they are embedded. That’s what I mean by time being an illusion. I believe that Lee is effectively working with our most basic concepts.

SC: In his book Time Reborn, Smolin has also taken the view that the laws of physics are not fixed but actually evolve over time. What do you make of his hypothesis?

JB: I am very doubtful about it, especially as Lee believes in a fundamental arrow of time, i.e., the future will always be qualitatively different from the past with new laws of the universe evolving. However, our recent work suggests a very simple time-symmetric explanation of time’s arrow. If correct, it completely undermines Lee’s argument.

SC: Aside from Smolin, there are many others who have their own unique views on Time, including cosmologist George Ellis, who rejects Einstein’s notion that time is an illusion and that the future is already set. What do you make of his view?

JB: I find it a bit ad hoc and unpersuasive. In addition, it seems to be designed to solve a single problem. Good ideas in physics always lead to new insights and discoveries. I don’t see the potential for that in George’s idea. Of course, he has made many important contributions to relativity and cosmology.

SC: Einstein’s general theory of relativity has repeatedly been tested since he first proposed his three classical tests in 1916. Since then, additional tests have been made with the last as recently as February 2016 when the Advanced LIGO team detected it’s third gravitational wave and claimed that, as the wave did not disperse, it was further evidence that Einstein’s theory of relativity was indeed correct. Why is it important to keep testing the theory?

JB: It’s always important to keep on testing. In our case, we suspect that only very special solutions of Einstein’s theory should describe the universe. In principle, this can be tested. If our prediction is confirmed, it would by no means overthrow Einstein’s theory, but only what I have called its redundant part. That might give an important clue to the resolution of one of the greatest unsolved problems in modern physics: how to reconcile Einstein’s theory of gravity. Shape Dynamics suggest one should attempt that in a rather different way to the attempts hitherto made.

SC: For Einstein’s 70th birthday, Austrian-American logician Kurt Gödel presented him with a model of the universe, explaining his theory that the universe rotates, allowing time travel to the past. Gödel’s beliefs in no way contradicted his theory of relativity, yet Einstein remained skeptical of what Gödel had to say. Why is this?

JB: It went against his intuition (and that of many others). A potentially positive feature of Shape Dynamics is that it does not allow Gödel’s solution.

SC: Einstein’s general theory of relativity is widely considered to be one of the most influential scientific theories in history. With increasing evidence that he was correct, as well as scholars such as yourself interpreting his work in new and revolutionary ways, where do you see his theory taking us in the future and what discoveries do you think he is leading us towards?

JB: Who can tell. It will be fascinating to see. My best guess is the universe will turn out to be even more fascinating than we currently know.