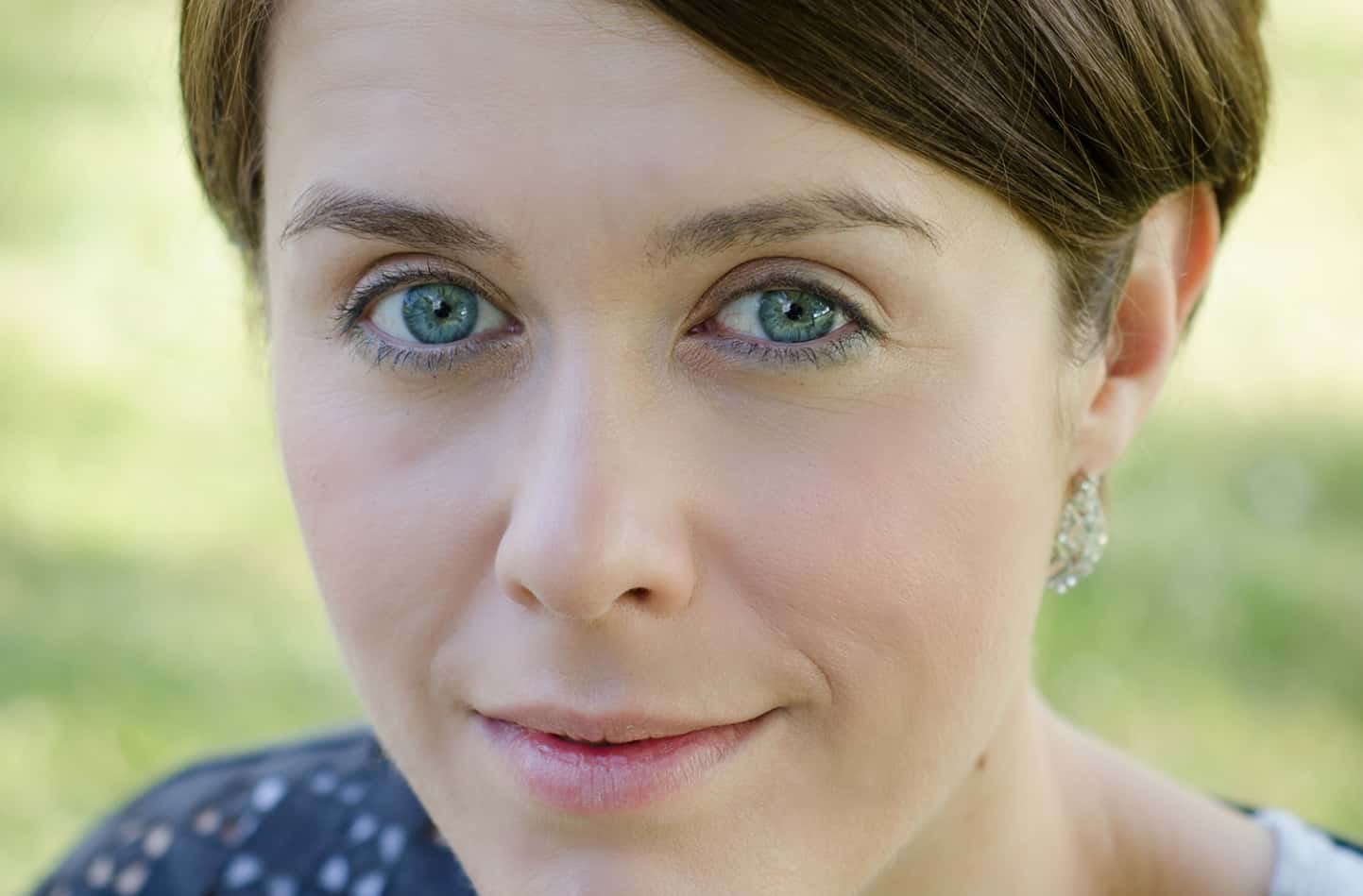 On The Same Page with Jane Austen: Helena Kelly Sets the Record Straight About the English Novelist

Though relatively unknown during her lifetime, Jane Austen (1775–1817), is among the most widely read novelists in English literature. Her literary classics, such as Pride and Prejudice and Sense and Sensibility, bridge the gap between romance and realism.

Helena Kelly holds degrees in Classics and English from Oxford and King’s College, London. She teaches Austen at an Oxford summer school, and for a program for American visiting students in Bath. She has taught Austen to hundreds of people, of all ages, nationalities, and backgrounds. Jane Austen, The Secret Radical is her first book.

Simply Charly: Jane Austen is one of the most widely read authors in the English language, and by extension the most popular, on a par with Shakespeare. As such, she’s also one of the most studied and written about authors. What was your purpose in adding another book to the healthy plethora of volumes already in the marketplace?

Helena Kelly: I think that there’s a sense in which popularity can be problematic. Certainly in the case of Austen, it can make her novels quite difficult to read—not difficult to decipher, but difficult to encounter as novels, and as individual texts. There’s a cultural icon called Jane Austen who bears almost no resemblance to the real woman, and there’s a fixed, apparently impregnable cultural idea of what her work is doing which no amount of critical objection and argument seems able to shift. Plus, of course, most readers of Austen don’t read literary criticism.

I’d been toying with the idea of how to present a more text-based reading of Austen’s novels—and of her—for a while. What really inspired me, though, was the new banknote. While I’m delighted that Caroline Criado Perez’s campaign to keep a woman on English currency succeeded—and delighted that they picked Austen to be that woman—I agree with almost every other commentator that the design is a missed opportunity. It reinforces every stubborn idea that persists in Austen’s art. The book was intended to serve as a balancing view.

SC: In a review of your book, The Guardian points out that Austen’s “novels were about nothing more or less than the burning political questions of the day.” How so?

HK: Well, your comparison of Austen and Shakespeare in the previous question is quite a good starting point here. Shakespeare wrote to entertain; he used familiar outlines in his stories; he often included love or matrimonial plots—but he also unfolded questions about power and its abuses, toxic family relationships, rebellions, leadership, and so on. It’s very easy to forget who Austen’s contemporaries and near-contemporaries were, and the fervidly political climate that she lived in, where certainties were constantly being uprooted. Her books were often praised by contemporaries for almost hyper-realism, so it would be far more surprising if they didn’t explore the issues that were on everyone’s lips—the fear of invasion, the enclosures which were changing the face of the countryside, slavery, and abolition.

SC: Why did you choose to include the narratives at the beginning of each chapter that imagine Austen’s experience writing her books?

HK: I was a little disappointed that so many critics (and some readers) reacted badly to these because I loved writing them. The idea was to briefly immerse readers into particular points in Austen’s life—places connected with each novel, periods when she was working on them—and to surprise them by highlighting some of the events that were happening then, or by suggesting links that the rest of the chapter would then expand on. I didn’t just make them up; they’re based very closely on letters and on facts that we do know. I even borrowed a lot of Austen’s own words.

SC: Your biography offers a radical reassessment of Austen’s novels by asserting that they’ve long been mis-read. As the Washington Post said in its review of your book, you claim that “all the standard tropes about her are wrong, or at least misleading.” And the New York Times noted, “Kelly sweeps the board clear of all previous critical commentary.” That’s a pretty bold undertaking. What was the turning point that brought you to your sweeping reassessment?

HK: There are, for me, two slightly odd features of Austen criticism that I don’t think you really find with other authors.

One is how little purchase academic analysis ever really seems to get on the popular understanding of Austen’s novels. It must be nearly thirty years since people first started to talk seriously about the topic of slavery in relation to Mansfield Park, but it just doesn’t seem to stay put —in sharp contrast to Jane Eyre, say, which is now read through a post-colonial lens.

The other is that academics (even brilliant, trail-blazing ones) can make mistakes when they’re writing about Austen. Small ones, but suggestive. You find them misspelling the names of major characters (Marilyn Butler does this in her chapter on Persuasion). You find them mixing up two different novels (as Edward Saïd once did). I once spent hours trying to track down Austen’s famous line about how Emma Woodhouse was a heroine whom no one but she herself would much like. I couldn’t find it, because it’s not in anything that Austen wrote. And yet I’ve seen that very “quotation” in a display case in the English Faculty Library in Oxford. Familiarity has bred not contempt but, at times, a curious inability to see what’s on the page, and a curious willingness to accept as fact things that really aren’t.

So, yes, I tried to go back to the beginning. I used a lot of textual analysis to try to work out what each novel really was concerned with. I wanted to try to reproduce, as far as possible for modern readers, the conditions of reading the novels as they appeared, the contexts and connotations that would have occurred at the time.

SC: Do you feel it’s necessary to re-read Austen in the manner you’ve set out in your book than as pure entertainment?

HK: I enjoy the reimaginings, adaptations, updatings, and mash-ups as much as the next person, and I wouldn’t want to destroy anyone’s pleasure in and enjoyment of Austen’s work. But I wonder whether the constant returns to Austen’s plots—just like the re-reading that so many indulge in—aren’t perhaps an indication that people realize, on some level, subconsciously, that they’re missing aspects of what Austen is trying to do, that they haven’t got the whole story.

SC: Have you received any backlash from the orthodox community of Janeites since the publication of your book?

HK: Jane Austen’s fans are a passionate lot! But by and large, people have been pretty welcoming—or at least polite.

SC: During your research for the biography, what piece of information did you discover that was most revealing?

HK: Actually, something that didn’t make it into the book—a correspondence which showed William Wordsworth’s brother Christopher and a clergyman called Henry Handley Norris had been intercepting letters to/from one of Austen’s brothers. Clearly the Austen family weren’t all unquestionably loyal to the establishment!

SC: Which of Austen’s novels do you feel is the most compelling and significant?

HK: Probably Mansfield Park, which I didn’t care for at all when I first read it. It’s a very difficult novel to get to grips with for a modern reader—the cousin-marriage, the watchful, well-behaved heroine, the apparent condemnation of charm and of passion. I tend to read it more, now, as a novel about cognitive dissonance and how it develops, about how good intentions can be slowly warped, how morally upright people become convinced that certain evils are necessary or inevitable. Austen demands, in this novel, that her readers make their own ethical judgment—we’re all complicit, in the end.

SC: Why do you think Austen destroyed her letters and diaries before she died? If you had to speculate, what reason did she have to do so?

HK: There does seem to have been some posthumous censorship of Austen’s letters—though fairly haphazard, and it’s possible this was just to avoid hurting feelings within the family. I don’t think it’s likely that any letters confirming her politics will ever turn up; people were cautious about committing opinions to paper—with good reason, given that at least one member of Austen’s family had mail intercepted.

SC: What is it about Austen’s novels that give them such staying power, being continuously read and adapted for nearly two centuries?

HK: Wonderful stories, wonderful characters, the deft interplay of criticism and sympathy, generosity, and judgment. And the sense, too, created perhaps by the famous free indirect discourse, that Austen herself is just around the corner, or just on the next page.