MAIN MENU
Friedrich Nietzsche Interview Philosophy
German philosopher of the late 19th century, Friedrich Nietzsche (1844–1900) boldly and daringly challenged the foundations of Christianity, traditional morality, and other prevalent social mores. He was at the forefront of the existentialism, perspectivism, and nihilism movements that emphasized the importance of human individuality and freedom; discovery of truth only in the context of our own perceptions… 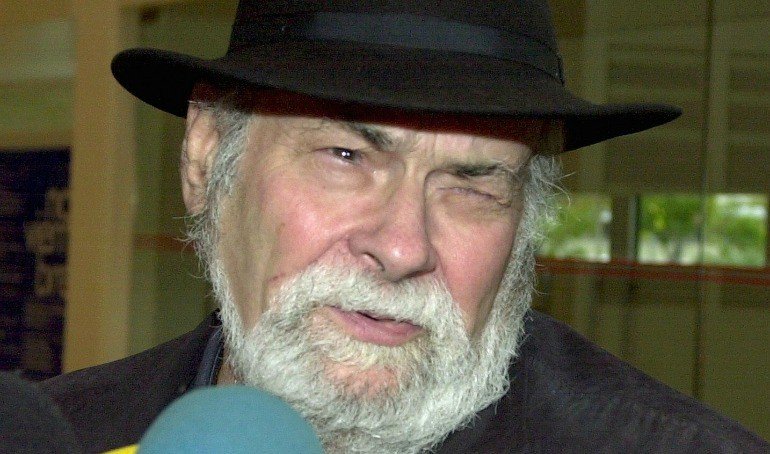 Arthur Coleman Danto is the Johnsonian Professor Emeritus of Philosophy at Columbia University. He is best known as the influential, long-time art critic for The Nation and his work in philosophical aesthetics and philosophy of history, though he has contributed significantly to many fields. His interests span thought, feeling, philosophy of art, theories of representation, philosophical psychology, Hegel’s aesthetics, and the philosophers Maurice Merleau-Ponty and Arthur Schopenhauer.

Simply Charly: Nietzsche has been one of the most misinterpreted and unfairly maligned intellectual figures of the last two centuries. Even today, they often miscarry his views. Can you tell us why?

Arthur Danto: Mostly, I think, because of the way he dismissed what we think of as morality as slave-morality. He had no use for pity, he claimed that God is dead, he felt that the weak should not be helped, that the strong alone have a right to survive, that women were and ought to be subservient, etc., etc. His awful sister did not help, telling Hitler that her brother thought that he was just the ticket.

SC: Your book, Nietzsche As Philosopher, published in 1965, sought to rehabilitate Nietzsche’s reputation as a first-rate thinker who, despite claims to the contrary, had a systematic and coherent philosophy. How has that mission held up some 45 years later?

AD: My book was the first to draw attention to his singular thoughts on language, truth, and logic, and on philosophy itself. I admired the clarity of his writing, even if I felt we had to confront the ferocity of his critiques. For a pre-modern, he was strikingly post-modernist.

I have seen no reason to change anything in my book, though I am daunted by how popular he has become. The thing about Nietzsche is that almost everyone that reads him feels that he is on their side.

SC: Some scholars have viewed Nietzsche as attempting to reorient philosophical thinking while others have interpreted him as repudiating the philosophical enterprise altogether. What is your view?

AD: Well, he did say that all philosophical systems were a form of autobiography, which makes his readers wonder why his philosophy should be any different. It is just that his autobiography often seems to be your own autobiography, your own way of thinking.

SC: The philosophy of Arthur Schopenhauer influenced Nietzsche significantly. What did he draw from him? And what did he discard?

AD: I think his basic debt to Schopenhauer was the latter’s idea of the world as will, which he transformed into the will-as-power. But he admired Schopenhauer’s views on music and art, causality, and women.

SC: What did Nietzsche mean when he proclaimed “God is dead”?

AD: Basically, that his commandments have no power over us any longer. We have to create our own worlds.

SC: Nietzsche adopted an unorthodox view on the nature of truth and knowledge. Can you tell us what it was?

AD: He thought that there were no facts, only interpretations. His views in this respect are rather like those of Richard Rorty. Truth is whatever enables us to flourish.

SC: One of the most discussed aspects of Nietzsche’s philosophy is his notion of the “Über-mensch” or Superman. Can you briefly explain what he meant by this?

AD: He did write a book called Human, All Too Human. I think the Superman would be someone who was human but not human all too human. That is, our humanity is too often used as an excusing condition for weaknesses of various sorts.

SC: Nietzsche’s notion of the “Über-mensch” was misappropriated by the Nazis and used for their propaganda campaigns. Can you tell us how this developed?

AD: Well, I think they thought they were a superior race of men. Since others were inferior, they had a natural right to overrun us, to make room for them and their superior offspring.

SC: Which work do you consider to be Nietzsche’s most important. And why?

AD: I like Twilight of the Idols. It is a wonderful piece of philosophy. It is a critique of many of the thoughts and beliefs that those who hold them are diminished by.

SC: How would you suggest one approach Nietzsche’s works? Where would one start?

AD: I think one might begin with Twilight of the Idols, or Beyond Good and Evil, and fight them all the way. I think that would make us independent thinkers, which is what he after all wanted. He has a nice aphorism—”I listened for an echo and heard only applause.”