MAIN MENU
Interview Philosophy René Descartes
The “Father of Modern Philosophy”, René Descartes (1596 – 1650) was one of the most prominent voices of the Scientific Revolution. A key philosopher of the 17th century, he developed a connection between algebraic logic and philosophical concepts—a practice that would eventually lead to the creation of modern philosophic study. His landmark works such as Meditations on First… 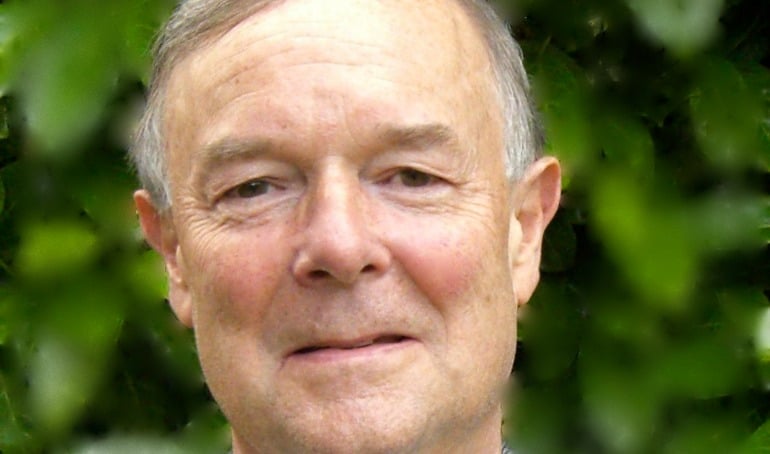 John Cottingham on René Descartes’s Influence on Philosophy: He Thought, Therefore He Was

The “Father of Modern Philosophy”, René Descartes (1596-1650) was one of the most prominent voices of the Scientific Revolution. A key philosopher of the 17th century, he developed a connection between algebraic logic and philosophical concepts—a practice that would eventually lead to the creation of modern philosophic study. His landmark works such as Meditations on First Philosophy established him as one of the most important philosophers of all time.

John Cottingham is Professor of Philosophy at the University of Reading. He is the author of many books including Rationalism (1984), Descartes (1986), The Rationalists (1988), Philosophy and the Good Life (1998), and On the Meaning of Life (2003), and is co-translator of The Philosophical Writings of Descartes. He was Chairman of the British Society for the History of Philosophy from 1991 to 1995 and is (since 1993) editor of Ratio, the international journal of analytic philosophy.

Simply Charly: To what extent can Descartes be regarded as the father of modern philosophy?

John Cottingham: Rather than relying on inherited tradition, he insisted that philosophy must start from new foundations, based on what could be known with absolute certainty.

SC: What was Descartes’ so-called “method?”

JC: He pushed doubt to its limits, questioning even beliefs that all of us take for granted (that I have arms and legs, that there is a table in front of me). He called into question the reliability of the senses. He even imagined (rather like the Matrix scenario) that the whole external world might be an illusion beamed into our minds by a malicious demon. He found one thing he could not doubt—his own thinking, and hence his own existence. And from this, he aimed to build up a whole system of knowledge.

SC: In an age of faith, what Descartes was proposing seemed like heresy. Why do you think he was spared a fate that had befallen Galileo?

JC: He was very cautious. He withdrew his book “The World” from publication when he heard of Galileo’s condemnation in 1633. And he ended his biggest work, “Principles of Philosophy” (1644) with a statement of submission to the authority of the Church.

SC: Descartes’ famous phrase: Cogito ergo sum—“I think, therefore I am”—has been at the center of much vigorous philosophical debate (and remains so today). Can you explain why?

JC: Most philosophers today see knowledge as a public, socially mediated phenomenon. So Descartes’s idea that I can start from inside the sphere of my own private consciousness is very controversial.

SC: Can you explain how Cartesian dualism has impacted the field of Philosophy of Mind?

JC: Descartes argued that this “I” (what makes me what I am) is entirely independent of the body, and could exist without it. Much of the recent philosophy of mind has reacted against this mind-body dualism. Yet Descartes also said that the human mind was not just present in the body (like a pilot in a ship), but somehow intimately intermingled with it. How exactly mind and body are related has been a key question ever since Descartes.

SC: Besides his philosophical work, Descartes was also an accomplished mathematician. What resulted from his work in this area?

JC: His “Geometry” (1637) laid the foundations for what is now known as analytic or coordinate geometry.

SC: Descartes was also considered a scientist. What did he do in this area?

JC: His key idea was the mathematization of physics—that the entire range of physical phenomena could be explained and described using equations specifying the size, shape, and motion of particles.

SC: With the rise of Islamic fundamentalism today, Descartes seems to be ever more relevant as 21st-century battles between faith and reason rage on violently. Do you foresee an end in sight to these battles?

JC: Descartes steered clear of dogmatic theology. He believed in the light of faith, but his philosophy was based on the light of reason. Human beings, however, often prefer heated confrontation to rational discussion, and that is not likely to change.

SC: How do you approach the study of Descartes when teaching your students?

JC: Much present-day philosophy is highly specialized and operates in separate little compartments. I try to show how Descartes has a synoptic vision—he aims to see how different areas of our thought fit together. His ideal of a comprehensive philosophical system remains very attractive.

SC: The literature on Descartes is immense. Where would one start to learn more about his life and work?

JC: An introductory overview is offered in my “How to Read Descartes” (Granta books), or, in a bit more detail, in my “Descartes” (Blackwell). Bernard Williams’s Descartes is full of interesting reflections.