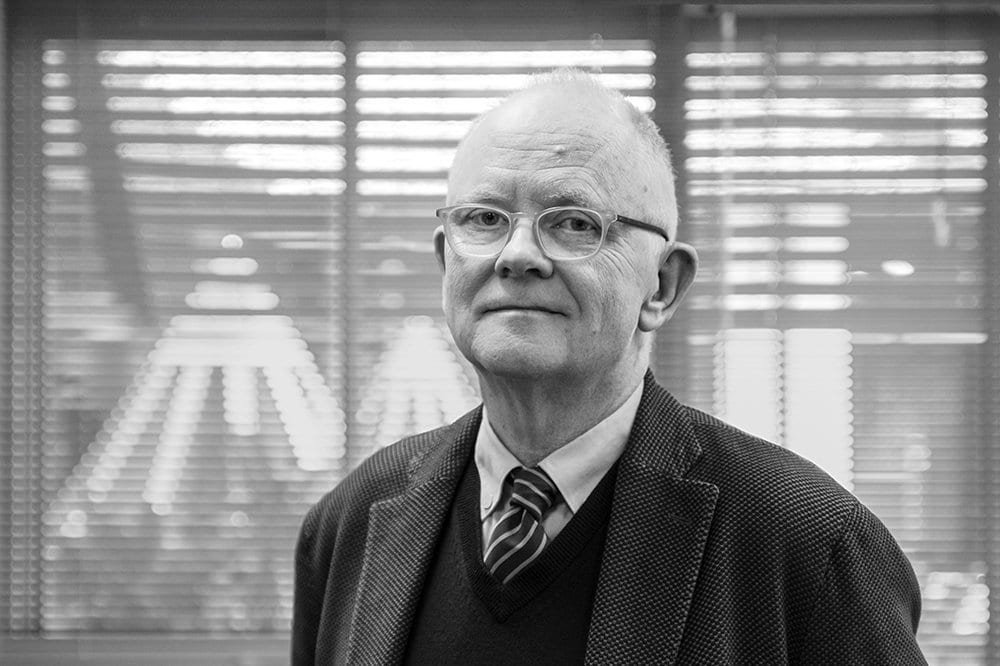 A “Natural” Philosopher: Stephen Gaukroger on René Descartes’ “Twists and Turns of Intellect”

Widely regarded as the founder of the modern age of philosophy, French mathematician, scientist, and philosopher, René Descartes (1595–1650) challenged traditional systems of thinking and regarded philosophy as an integral part of mathematics and science.

Stephen Gaukroger is Professor of History of Philosophy and History of Science at the University of Sydney. He has written extensively on 17th and 18th-century science and philosophy and is the author of 10 books, including Descartes: An Intellectual Biography.

Simply Charly: You’ve written quite extensively on the French philosopher and mathematician René Descartes, whom many consider to be the most influential of all 17th-century thinkers. What originally piqued your interest in him?

Stephen Gaukroger: What piqued my interest was Descartes as a natural philosopher (a scientist in modern terminology) rather than someone who was concerned with skepticism and the foundations for knowledge, which is how he is taught in university introductory philosophy courses. While in Cambridge studying for my Ph.D., I was in a History and Philosophy of Science Department, and it gradually became clear that Descartes’ natural philosophy was a lot richer and more interesting than what had been taken to be his epistemology.

SC: Descartes is often referred to as the “father of modern philosophy.” Yet, he made immense contributions to an exceptionally wide range of fields and disciplines outside of philosophy. Can you give us a sense of some of these important contributions?

SG: Descartes made contributions to three main areas outside philosophy. In optics, he discovered the sine law of refraction (independently of Dutch astronomer Willebrord Snellius, aka Snell, who also discovered it), which enabled him to calculate what shape of lens would bring light rays into a sharp focus. This was crucial for the improvement of telescope and microscope lenses. In physiology, he is often credited with the discovery of the reflex action, but this is questionable since he does not distinguish clearly between instinctual and reflex responses. In mathematics, he played a key role in the development of modern algebra, inventing co-ordinate geometry. Making sense of the different fields was something that I set out to do in my biography of Descartes, showing how they were connected to one another, how Descartes’ interests developed over time, and why they changed.

SC: Descartes came to philosophy and the natural sciences rather late in life. In fact, he didn’t get around to publishing his first book until he was 41 years old. What took him so long to publish his ideas? And was this typical of the age?

SG: The fact that he experimented with different writing genres—textbook, meditations, dialogue, essays—suggests that he had to find the right way of expressing his ideas. Some earlier projects, such as The World and Man, were abandoned, only to be reformulated in different terms later. In much of the work he did in algebra and optics in the 1620s and early 1630s, he focused on discovery, which was not something that lent itself easily to book-form.

SC: In your book Descartes: An Intellectual Biography, you mention that Descartes was “controversial, reviled and celebrated … not only in his own lifetime, but for the next 150 or so years.” How so?

SG: It was believed by the Catholic Church, and by Dutch Protestants, that Descartes’ work was contrary to certain central religious tenets. At a time when philosophy was a university subject taught and supervised by clerics, metaphysical theses were considered in terms of any heterodox consequences.

SC: In spite of all of his varied contributions and accomplishments, Descartes will be forever associated with his apothegm “Cogito, ergo sum” (I’m thinking, therefore I am)—words etched in the memories of most college students who’ve ever taken a first-year philosophy course. What is the significance of this terse remark?

SG: The Cogito is supposed to play two roles. First, it stops the regress of skeptical doubt because it cannot be doubted. Second, it is supposed to provide a secure starting point from which to build knowledge from scratch. It is much more successful in the first respect than in the second. Specifically, Descartes has left himself very little to go on in the Cogito, and to rebuild knowledge he also needed a few other things, such as the existence of a good God who would not deceive us.

SC: Descartes’ insights into the nature of knowledge and the mind have animated vigorous debate over the centuries. Today, we’re still trying to understand the ramifications of his theories. By what “twists and turns of his intellect” did he arrive at his ideas and conclusions?

SG: One of the main points of Descartes’ biography was to uncover these twists and turns. Descartes’ interest started in questions of mathematics, in particular in the form of “universal mathematics” that would unify all mathematical fields. He subsequently tried to extend this to “universal method,” which, he thought, would unify the whole of knowledge. At the same time, he was working on geometrical optics, and by the late 1620s, his interest in the physical basis of light had led him to an account of cosmology. With the condemnation of Galileo, however, Descartes abandoned this work in the early 1630s and began to explore ways to counter the Church’s objections to cosmological theories (particularly regarding heliocentrism); he worked out a way of stripping back knowledge of absolute basics and rebuilding a new picture of the world, one ruled by mathematics and mechanics.

SC: What role, if any, did religion play in Descartes’ life and work?

SG: Although he was never a devout man, Descartes had a residual commitment to Catholicism throughout his life. However, he was not particularly orthodox, but then it’s possible that few non-clerics who regarded themselves as Catholics were overly concerned about orthodoxy—being on the right said of the Catholic/Protestant divide was probably enough for most Catholics.

SC: In A. C. Grayling’s 2005 biography Descartes: The Life and Times of a Genius, he speculates that Descartes may have been a Jesuit spy or intelligence gatherer, which, he believes, helps explain how he came to be in so many places of military and political significance. Do you find any merit in Grayling’s claim?

SG: I don’t believe there is any such thing as a Jesuit spy: what intelligence could they possibly want to gather? The comment just misunderstands the Jesuits and the nature of spying in the 17th century. As for the choice of Descartes as such a “spy,” I cannot begin to imagine why a non-Jesuit—and someone whose views the Jesuits opposed—would have been chosen. And again, what information would he have had access to that they would have been interested in? The claim is sheer fantasy.

SC: In another of your books entitled Cartesian Logic, you tackle the development and nature of deductive inference as practiced in the 17th century. How did Descartes’ notion of inference differ from that of Aristotle? And why do you suppose Descartes’ conception of inference, though influential, is largely ignored today?

SG: Questions of inference were tied up with methods of discovery in the 17th century, and the failures of Aristotelian physics and cosmology were traced back to a faulty method of discovery on Aristotle’s part, namely his syllogistic (theory of inference). Descartes, like his contemporaries and successors, thought that inferences had to be informative, and they rejected deductive forms of argument because the conclusion just restated something that was already in the premises. Gottfried von Leibniz saw the problems here, but he was alone until the 19th century when the algebraization of logic by George Boole and then Gottlob Frege allowed basic misunderstandings about the nature of deduction to be cleared up.

SC: Today, Descartes’ Meditations on First Philosophy is regarded as “one of the most influential texts in the history of philosophy.” However, during the time of its publication, it was widely criticized. How did people’s thinking of the Meditations evolve?

SG: Descartes himself thought one should read the Meditations once and then put it aside and get to the real stuff: the natural philosophy. His “rationalist” successors, Baruch Spinoza and Leibniz, had no time for the radical skepticism of the meditations, and David Hume noted that the book was hard to get in the 18th century. It was taken up in the 20th century, but in different ways in the Anglophone analytical tradition, where a concern with questions of skepticism (prompted by a revival of the British empiricist tradition rather than Descartes himself) reintroduced Descartes’ Meditations along with skeptical writings of George Berkeley and Hume. In the continental tradition, the concern was with Descartes’ account of the nature of subjectivity and the relation between mind and body.

SC:  Sadly, Descartes died prematurely in 1650 in Stockholm, Sweden after catching pneumonia from the unfriendly Swedish climate. At least this is the common view surrounding his death. But according to Theodor Ebert, a German academic at the University of Erlangen, Descartes may have been murdered by a Catholic priest. What is your take on this claim?

SG: After Descartes’ death there was some question of Protestants having poisoned Descartes because they thought that he was involved in an attempt to convert Catherine Queen Christina of Sweden to Catholicism. She did convert soon afterwards, but [René] Descartes always steered clear of confessional issues and it is unlikely that he would even have had a view on her religion. I cannot imagine why a Catholic would have wanted to murder him. Reports from the time indicate that he died of natural causes, and there is no reason to dispute these findings.