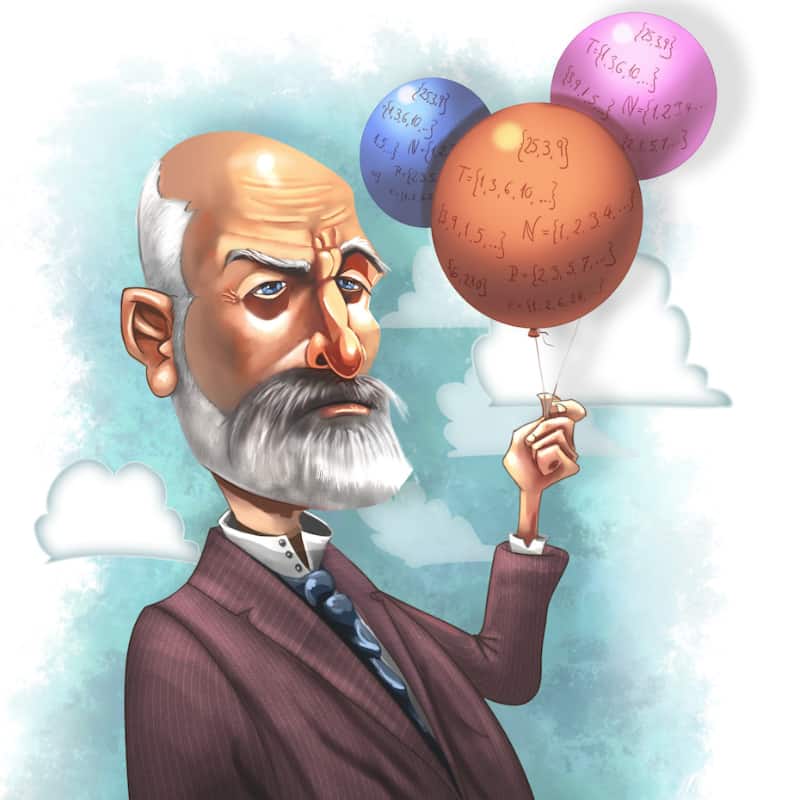 1. The great mathematician, Georg Cantor (1845-1918), wanted to be a violinist like his mother. However, his father, who was a merchant, did not let his young son pursue this dream. Instead, Cantor’s father encouraged him to become an engineer.

2. Cantor’s mother, Maria Anna Böhm, was baptized in the Roman Catholic Church. She converted to Protestantism when she married Cantor’s father, Jakob Cantor. Because of his religious upbringing, the brilliant mathematician rooted much of his later analysis in Platonic metaphysics.

4. Cantor earned his doctorate at a remarkably young age of 22. His dissertation, De Aequationibus Secundi Gradus Indeterminatis, or “On the Indeterminate Equations of the Second Degree,” was written on number theory. He wrote a thesis on the same topic two years later, which earned him a teaching habilitation.

5. After earning a position at the University of Halle, Cantor desired to teach at a more prestigious university such as his alma mater, the University of Berlin. Despite this yearning, he remained at Halle for the rest of his career.

6. While teaching at the University of Halle, Cantor was surprised to discover that he was the only faculty member who did not hold to a deterministic philosophy.

7. Beginning in 1884, Cantor would suffer from a continuous bout with depression. Some scholars have speculated that his mental decline resulted from the criticism he received from fellow scholars, while others assume he had bipolar depression.

8. Cantor was likely of Jewish descent. In a letter to Bertrand Russell, Cantor remarked: “Neither my father nor my mother were of German blood, the first being a Dane, borne in Kopenhagen, my mother of Austrian Hungar descension. You must know, Sir, that I am not a regular just Germain.” Despite such documents, his Jewish heritage is still disputed.

9. After retiring in 1913, Cantor spent the rest of his life in poverty. He lived his final years in a sanatorium and died of a heart attack on January 6, 1918.

10. Though criticism for his studies may have driven him mad, Cantor once keenly observed, “The essence of mathematics is freedom.”