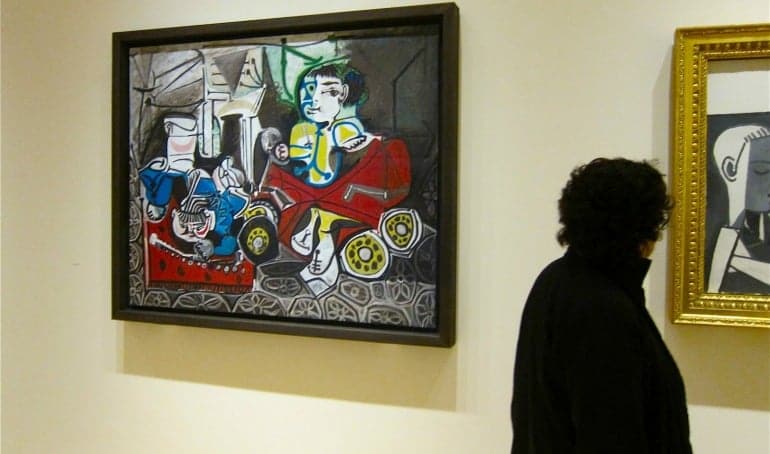 “I have discovered photography. Now I can kill myself. I have nothing else to learn.” This fatalistic quote came from Pablo Picasso (188–1973), the Spanish surrealist artist who has immeasurably impacted the development of the 20th-century art.

But besides being a prolific painter and sculptor, he was also a talented photographer—although this particular art form is not as widely associated with Picasso’s name as his more famous, instantly recognizable masterpieces: “Les Demoiselles d‘Avignon,” “Guernica,” or the “Weeping Woman,” to mention just three of his many creations.

Now an exhibition of Picasso’s photos at New York’s Gagosian Gallery shows that his artistry extended to photography as well.

On display until January 3, 2015, the photos span six decades; they were discovered in the Picasso family archive and had not been publicly seen before. This may explain why many of the 350 photographs on show are personal and bring many aspects of the artist’s life into sharp focus. Among them are the 1909 shots of the Spanish town of Horta de Ebro, which helped shape Picasso’s turn to Cubism, an art form he created with French artist Georges Braque shortly after the photographs were taken.

Other photos give a glimpse of Picasso’s notorious love life: one, taken in 1925, shows his first wife, Olga, in a tutu and ballet pose, in front of Picasso’s studio. Through the open door, the bust of his mistress, Marie-Therese Walter, is visible. (In fact, Picasso’s 14-year relationship with Walter, one of his many mistresses, was the subject of another major exhibition at the same gallery in 2011).

Picasso also used his camera to document the progress of his work: for example, he photographed his sculptures because the necks varied with each phase, and he wanted to have a record of what they looked like at a given time.

Why was Picasso so drawn to photography?  As he explained, “I want to leave as complete a record as possible for posterity.” That he did, giving generations of admirers a close-up of his fascinating life.