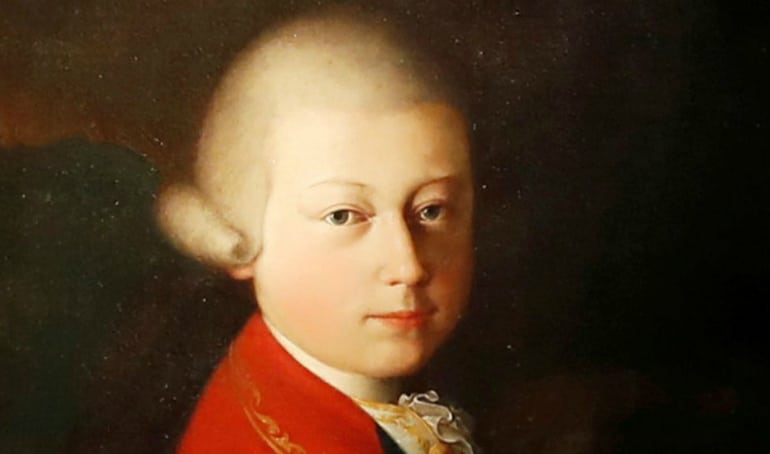 Another Aspect of the Mozart Effect

When you hear the name Wolfgang Amadeus Mozart (1756–1791), you probably think about some of the most beautiful music ever written—and rightly so.

Lately, however, the great composer has been a focus of a scientific study, which has nothing to do with music per se. For many years, John Hayes, a cognitive psychology professor at Carnegie Mellon University, has been investigating the role effort, practice, and knowledge play in achieving great success. He honed in on Mozart, along with other creative minds like painter Pablo Picasso (1881–1973), to find out how long it took them to become excellent at their respective crafts, and what personal choices and experiences had paved their way to the top.

As Professor Hayes discovered, Mozart’s compositions—over 600 pieces written over a brief lifespan of only 35 years—were not only borne out of sheer talent (though that was certainly a significant contributing factor) but also, out of many long hours, he devoted each day to refining his mastery.

In fact, by the time the prodigious composer was 28, his hands were reportedly deformed as a result of all the hours he had spent practicing, performing, and making annotations holding a quill pen. As Mozart himself wrote in a letter to a friend, “People err who think my art comes easily to me. I assure you, dear friend, nobody has devoted so much time and thought to composition as I. There is not a famous master whose music I have not industriously studied through many times.”

What conclusions can you draw from Mozart’s life (other than “practice makes perfect”)? Firstly, that merely being a genius is not enough to achieve success—talent will only go so far if it is not backed up by a strong work ethic, discipline, patience, confidence in your abilities to reach goals, and perseverance in the face of adversity. As another high-achiever, Thomas Edison, put it, “Genius is one percent inspiration and ninety-nine percent perspiration.”

Many things have changed in the world since the second half of the 18th century when Mozart composed and performed his music—for one, we don’t use quill pens anymore. But one lesson remains as relevant today as it was back then: there is no sustainable success without effort. It’s as simple—and complex—as that.