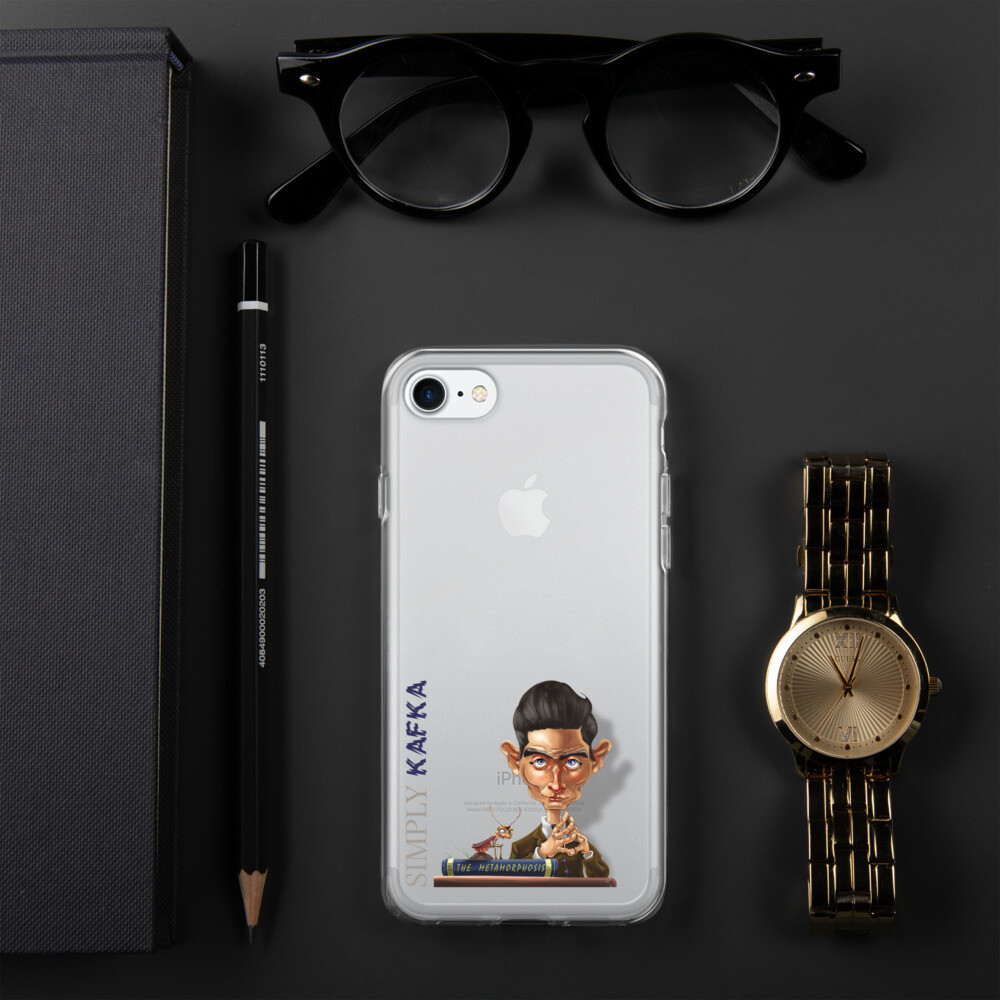 SKU 17452
$20.00
In stock
1
Product Details
The dark, surrealist writings of Franz Kafka (1883–1924) may not have attracted much attention during his lifetime, but today he is remembered as one of the most influential authors of the 20th century. The author of such famous works as "The Metamorphosis" and "The Trial" was a sickly and frequently miserable man whose stark personality is reflected in his bleak, somber works. Despite the brief length of his career, Kafka left behind a legacy of surrealist writing that stands alongside the works of Kurt Vonnegut and Pierre Naville as cornerstones of the 20th-century literary canon. This sleek iPhone case protects your phone from scratches, dust, oil, and dirt. It has a solid back and flexible sides that make it easy to take on and off, with precisely aligned port openings. • BPA free Hybrid Thermoplastic Polyurethane (TPU) and Polycarbonate (PC) material • Solid polycarbonate back • Flexible, see-through polyurethane sides • .5 mm raised bezel • Wireless charging compatible • The SE case fits the 2020 iPhone SE model
Save this product for later
Display prices in: USD