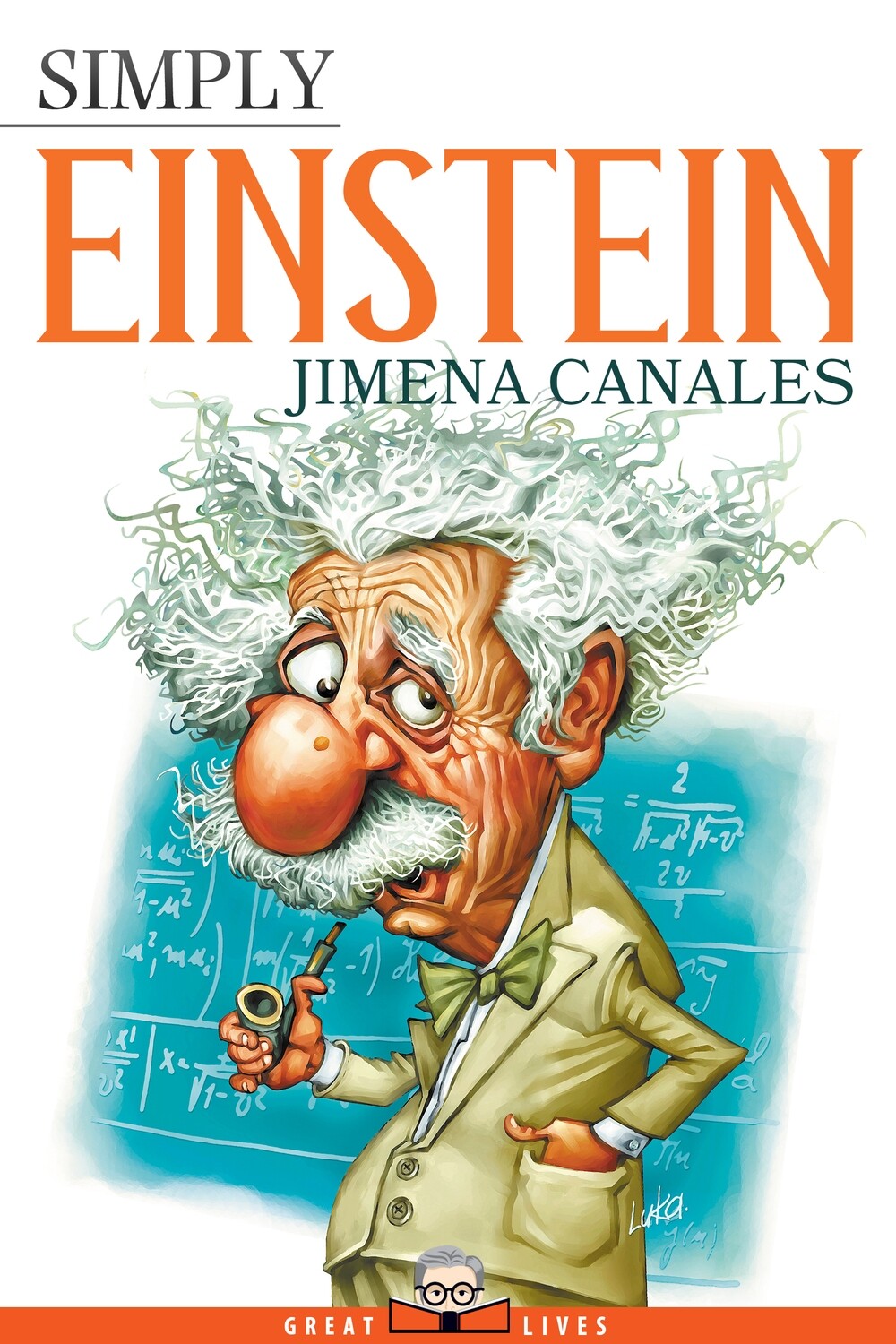 Albert Einstein (1879-1955) was born in Ulm in the German Empire and received his academic teaching diploma from the Swiss Federal Polytechnic School in 1900. Unable to secure a teaching post, he eventually found work in the Swiss Patent Office in Bern, where he began to develop his special theory of relativity. In 1905 (his “miracle year”), he published four revolutionary papers, which came to be recognized as stunning breakthroughs in physics. For the next 25 years, while continuing his research, he taught at several universities in Europe, relocating to the U.S. in 1933, when Adolf Hitler came to power. During World War II, his insights regarding mass-energy equivalence led to the development of the atomic bomb, a practical demonstration of his theories that shook the world. Einstein was horrified that the bomb was used, and he spent the rest of his life warning about the dangers of nuclear weapons and advocating for peace and international cooperation.

In Simply Einstein, Professor Jimena Canales offers the reader a unique perspective on the man who occupies a singular place in the popular imagination. Unlike many Einstein biographies, her book does not glorify the scientist or get lost in esoteric details, but takes pains to present a straightforward, thoroughly readable introduction to the man and his work that shows just how and why an eccentric physicist became a household name.

The universe that Einstein described is the one in which we now live, a world of paradoxes and uncertainty, as well as infinite possibility. For anyone interested in better understanding how this came to be–and in gaining a fuller appreciation of the brilliant, flawed human being who changed everything–Simply Einstein is essential reading.

Jimena Canales is an award-winning author and historian of science. Her books include Bedeviled: A Shadow History of Demons in Science (2020), The Physicist and the Philosopher: Einstein, Bergson, and the Debate That Changed Our Understanding of Time (2016), and A Tenth of a Second: A History (2011), which was named by The Guardian as one of the Top 10 Books About Time. Her essays have appeared in The New Yorker, The Atlantic, WIRED, and other journals. From 2004 to 2013, Canales served as an Assistant and Associate Professor in the Department of History of Science at Harvard University. From 2013 to 2017 she was the Thomas M. Siebel Professor for the History of Science at the University of Illinois, Urbana-Champaign, where she is currently on the faculty of the Graduate College.