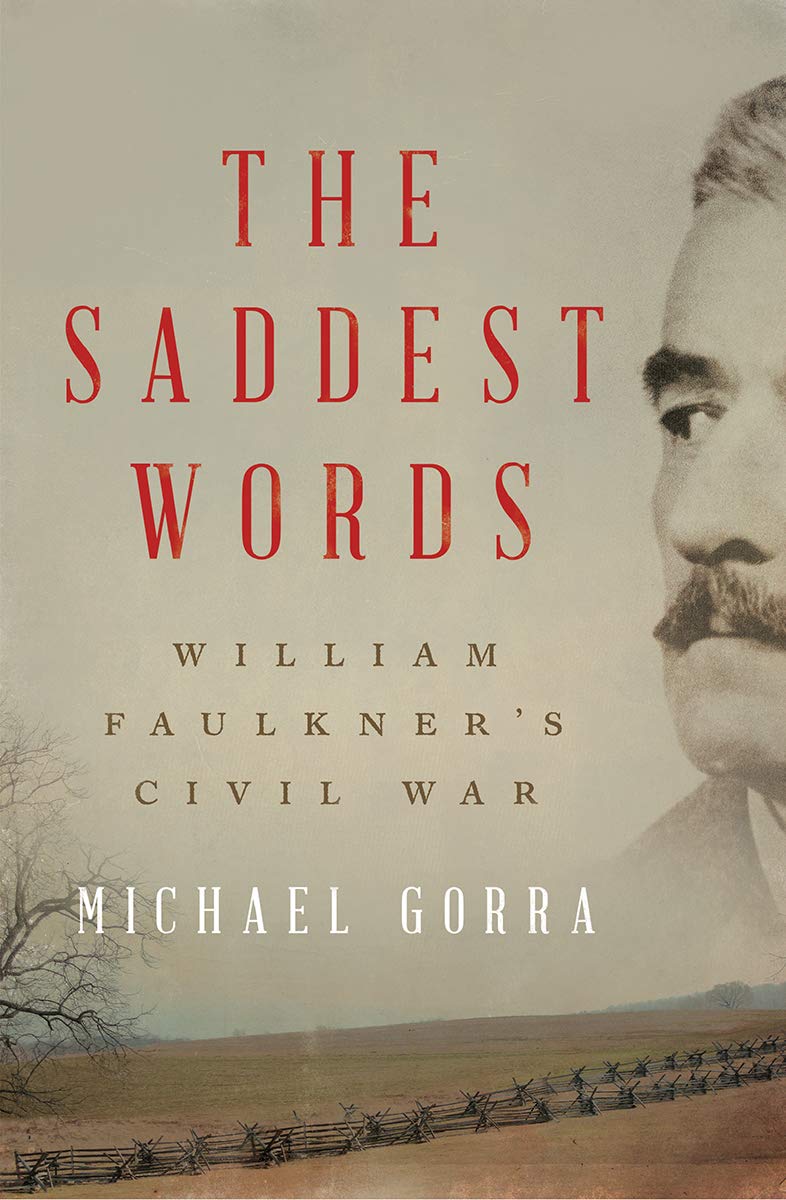 Michael Gorra, Mary Augusta Jordan Professor of English Language and Literature at Smith College, and editor of the Norton Critical Edition of As I Lay Dying (1930), is well prepared to take on the subject of William Faulkner and the Civil War. He has read the relevant literature on Faulkner and race—so much of which inevitably deals with the legacy of the Civil War—but he also realizes that no scholar has looked squarely at what Faulkner knew about the war and its aftermath in the American psyche. This lacuna in Faulkner scholarship is due, in part, to Faulkner’s refusal to write a historical novel about the war. He comes closest to the subject in The Unvanquished (1938), as Gorra observes, but much of the action in that novel is on the periphery of the war. Moreover, Faulkner never described a major Civil War battle or included any of its major figures in his fiction as significant characters. What we have instead are fitful scenes set in the war, as in Absalom, Absalom! (1936) and memories of the war that suffuse novels such as Flags in the Dust, originally published as Sartoris (1929) and Light in August (1932).

Gorra takes his title from The Sound and the Fury (1929), in which Jason Compson, the son of a Confederate general, tells his son Quentin that “was” is the saddest word. We cannot change the past, since it is over. But Quentin cannot take “was” that way because the past is inescapable: it happens over and over again in memory. Or as Gorra puts it: “What was is never over.” Not only Quentin but Gail Hightower in Light in August, young Bayard Sartoris in Flags in the Dust, and other characters cannot seem to live fully in the present because the past of their defeated land is a constant reminder of human failure, of what the South came to call the “lost cause.”

All this is quite familiar to readers of Faulkner and has been the subject of scholarly inquiry for more than seventy years. But much of that inquiry has been within the parameters of Faulkner’s fiction. Not enough attention, Gorra argues, has been focused on what Faulkner left out—not merely the Civil War battles but the very idea of the war—what it was about and how the South and the rest of the nation dealt with its defeat. In Flags in the Dust, old man Falls, a Civil War veteran, says he never did figure out the war’s purpose. Gorra suggests that at one time, Falls probably knew, but like Southerners and Northerners alike, he preferred to forget in a spirit of reconciliation. A whole school of historiography—in the South and North—elided the issue of slavery in favor of explanations dealing with sectional conflict and the incompetence of regional leaders. Faulkner schooled at the turn of the 20th century, never quite surmounted the deep South view that Reconstruction was a terrible mistake, foisted by the North not only on whites but on the ill-prepared African Americans who could not govern, let alone vote with any true knowledge of how to reconstitute society.

Contemporary scholars have rejected that revanchist historiography of the Reconstruction period, but much earlier, in the 1930s, W. E. B. Dubois went against the tide of the sentimental version of slavery propagated by Margaret Mitchell in Gone With the Wind (1936), Ulrich Bonnell Phillips in his histories of slavery, and sometimes, alas, perpetuated by Faulkner in some of his short stories. Dubois wanted to debate Faulkner after the novelist became a public figure in the 1950s and began making statements about integration, which he supported but also consigned to a nebulous future when Southerners would somehow, in a new generation, throw off the racism of their ancestors. Dubois would have confronted Faulkner with an array of data about Reconstruction, showing how both Northern and Southern leaders set it up to fail. In addition, Dubois would have refuted Faulkner’s patronizing suggestion that black people might not yet be ready for equality with whites—hence the need, as the novelist said, to “go slow” where integration was concerned. In short, Gorra deploys Dubois as a major counterpoint to Faulkner’s purblind narratives of war.

Gorra’s book, however, is not meant to be a debunking of Faulkner. Gorra realizes that no American novelist has treated race in quite so profound a manner that puts it at the core of what we think about the Civil War. Faulkner’s fiction, as Gorra demonstrates, often gives the lie to what Faulkner, the public figure said. This passage from The Saddest Words embodies a nuanced view of the man and his work and why both still matter:

Faulkner could not see the racial ideology of his world—could not even really think—except when writing fiction. He could stand outside that ideology only by first assigning it to a character. He inhabited those beliefs by inhabiting another person. Then he saw them clearly, and in that act he became better than he was. Another way to say this is that Faulkner could not have written so clearly of mob psychology in “Dry September” without knowing it from within, without feeling or recognizing the force of its communal roar. One of his few adequate pieces of nonfiction is a loose autobiographical sketch called “Mississippi” (1954), an essay written in the third person, as though it were about somebody other than himself. There he describes the “middleaged novelist” as a man who loves his “native land . . . even while hating some of it.” Loving the river and the hills, the fields and the voices, but hating “the intolerance and injustice”: hating, among other things, the fact that black people “could worship the white man’s God but not in the white’s man church”; hating above all the irrevocable evil of lynching itself. There the novelist recognizes that its victims are chosen simply “because their skins were black” and feels the sting of shame. I spoke in my preface of a civil war within Faulkner himself. In reading these words, I wonder if it was only Mississippi that he hated.

The passage suggests that Faulkner directed that love and hate at himself, which might certainly account for some of his self-destructive drinking, although Gorra does not do much speculating about his subject’s biography.

Gorra does not consider other reasons Faulkner avoided a frontal treatment of the Civil War. In general, Faulkner had a bias against historical fiction and did not believe an entire novel could be sustained set entirely in the past—or at least such a novel could not attain the high art that he aspired to create. He also showed remarkably little interest in the historian’s desire to know what actually happened in the past. Rather, he favored good stories and the lore he absorbed as a child, listening to Civil War veterans and his family and teachers. By the time he was called upon to deliver opinions on civil rights and other matters about the Civil War, his orientation toward fiction made it impossible for him to analyze the actual history of his region. To have accounted for the Civil War as Robert Penn Warren did in The Legacy of the Civil War (1961)—another book Gorra makes excellent use of—Faulkner would have had to address his Northern audience with a specificity he had been careful to avoid. In 1918, on his first trip to the North, he began to understand how peculiar his way of thinking and speaking could seem outside his native land, and he became watchful about how he expressed himself. It may seem simplistic to say he shaped his fiction to please his paymasters in the North, the New York publishers who were entranced by his Southern manners, and his gentlemanly mystique on his frequent trips to the city. Nonetheless, his letters show a canny ability over two decades to extract lucre from those publishers by pleading poverty (often, he was close to bankruptcy) even as his novels failed to return a profit. Until the Nobel Prize (1949) made him a moneymaker, the nobility of Random House’s devotion to him might even be called “a lost cause,” a theme he knew how to orchestrate with exquisite precision.