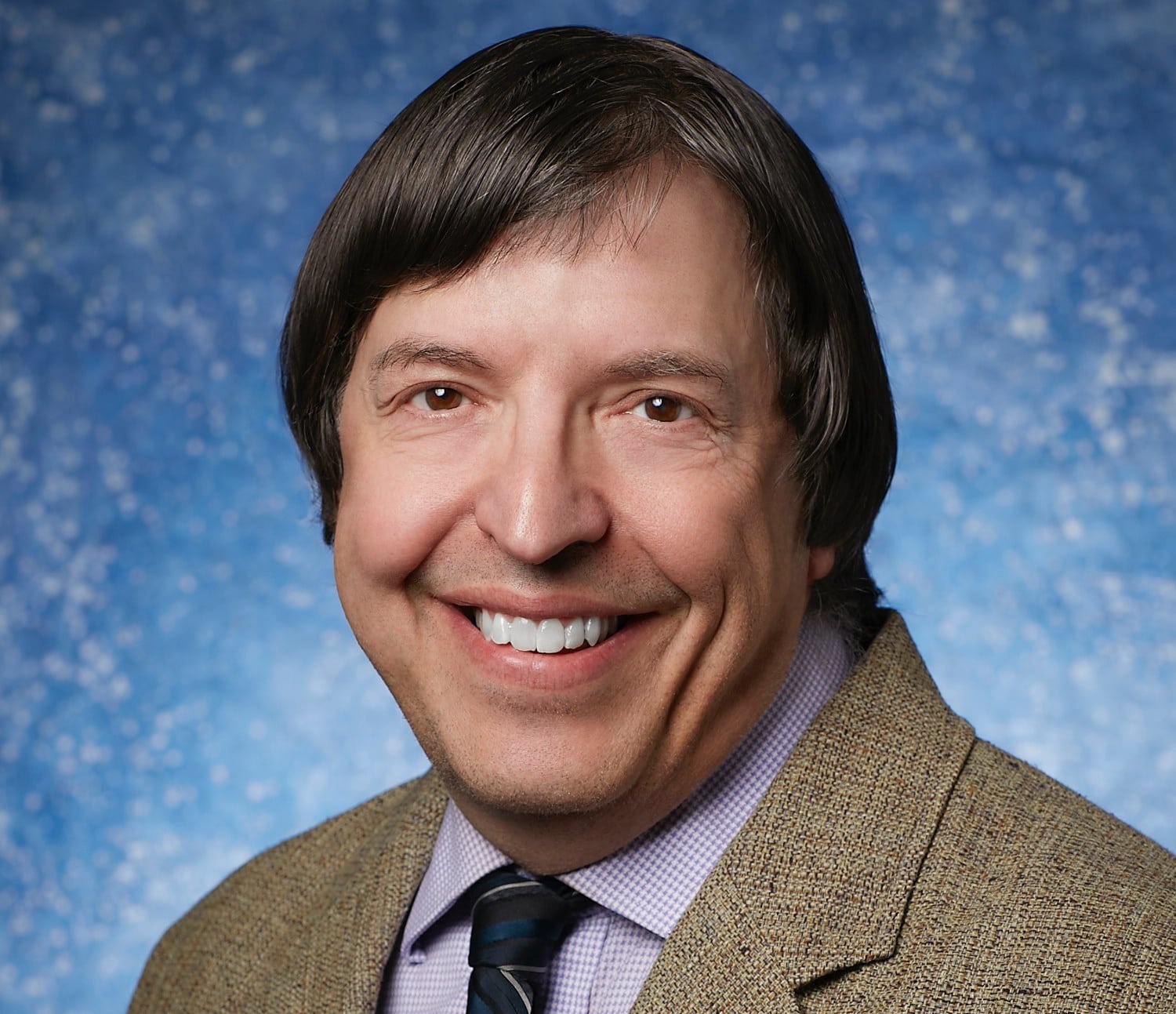 Erwin Schrödinger (1887-1961) was a revolutionary physicist and Nobel laureate whose groundbreaking work in quantum mechanics forever changed our understanding of the universe. His famous thought experiment involving a cat in a box illuminated the concept of superposition and his wave equation remains a fundamental principle in the field. Today, Schrödinger’s work continues to captivate and inspire scientists as they seek to unlock the mysteries of the quantum world.

Paul Halpern is a theoretical physicist and Professor at Saint Joseph’s University, known for his work in the history of physics and general relativity. He has published 17 books and many articles, and has received positive reviews in prestigious publications. Halpern is also active in public outreach and has received numerous awards and honors, including a Fulbright Scholarship and Guggenheim Fellowship.

Simply Charly: How did Erwin Schrödinger’s contributions to quantum mechanics shape our understanding of the nature of the universe?

Paul Halpern: Erwin Schrödinger’s contribution to quantum mechanics had a monumental impact on our comprehension of the subatomic and atomic worlds. Prior to his development of the eponymous wave equation, physics was torn between two different models for the atom—Werner Heisenberg’s matrix mechanics, which abstractly described transition probabilities between quantum states, and Louis de Broglie’s proposal that electrons are matter waves. Schrödinger’s wave equation was intended to show how matter waves evolve, but it was eventually interpreted by Max Born as describing probability waves instead, in a way that was fully consistent with matrix mechanics. A decade later, Schrödinger’s famous thought experiment known as “Schrödinger’s cat” sparked much useful discussion about quantum entanglement and measurement.

SC: What was the significance of Schrödinger’s famous thought experiment involving a cat in a box?

PH: Schrödinger’s famous feline thought experiment presses the strange implications of quantum mechanics to their very limits, wedding the behavior of a quantum state to the fate of a cat. Partly inspired by correspondence with Einstein about the possibility of a quantum mixture of exploded and unexploded gunpowder, Schrödinger decided to illustrate—quite vividly—the absurdity of various aspects of quantum physics, by rigging a system in which a hapless cat in a closed box would seemingly persist (or should we say purr-sist?) in a mixed zombie-like situation of both life and death until its lid was opened and its contents observed. Only then would the cat’s fate be ascertained. That’s because the box would also contain a radioactive sample with a 50-50 chance of emitting a decay particle within a given time frame. If the decay occurred, a Geiger counter would record it and trigger a flask of poison to be broken, killing the cat. Cruel indeed! Before measurement, the sample’s quantum state would be mixed. Hence, the cat would exist in a blended state as well, until observation pinned down the outcome. Schrödinger proposed this thought experiment as a critique of certain aspects of quantum physics, and he never actually conducted the experiment or owned a cat—he had a collie at one point in his life. It’s worth noting that the thought experiment is meant to be absurd and should not be taken literally.

SC: How did Schrödinger’s work on wave mechanics influence the development of the modern atomic model?

PH: Along with Heisenberg’s matrix mechanics, Schrödinger’s work on wave mechanics showed it was eminently possible to describe electron behavior in an atom from first principles. Using the spherical symmetry of central forces like electromagnetism, Schrödinger’s wave equation yields a solution that naturally explains the three quantum numbers of the Bohr-Sommerfeld atomic model (the only quantum number it doesn’t explain is spin, which requires the Dirac equation). Schrödinger’s approach replaces the circular and elliptical orbits of the Bohr-Sommerfeld model with “globs of charge” (according to Schrödinger’s original vision), which Max Born showed are actually probability distributions. In short, Schrödinger lent more flexibility, connection with fundamental physical principles, and visualization to atomic theory.

SC: How did Schrödinger’s ideas about the relationship between energy and matter contribute to the development of the concept of quantum energy levels?

PH: Schrödinger agreed with de Broglie that electrons have both wave-like and particle-like properties, and he used this duality to develop an equation that describes the relationship between an electron’s wavelength and momentum, as well as its frequency and energy. By encoding and utilizing this duality in his equation, Schrödinger laid the foundation for Niels Bohr’s concept of “complementarity,” which sees these wave-particle dualities as two sides of the same coin—a kind of Yin-Yang—in the subatomic world.

SC: What was the role of Schrödinger’s equation in the development of quantum mechanics?

PH: Schrödinger’s equation gives quantum mechanics predictive power by showing that the potential energy profile within a given region determines the range of wave functions representing particle states (such as atomic energy levels) within that region.

SC: How did Schrödinger’s work on statistical mechanics contribute to our understanding of thermodynamics?

PH: Schrödinger was a gifted lecturer and a master at synthesizing ideas. His book Statistical Thermodynamics, which was based on a series of lectures he gave in Ireland, provides a comprehensive overview of the field in the mid-1940s, covering both quantum and classical aspects. Max Born praised the book for its engaging style and sense of humor.

SC: What were some criticisms that Schrödinger faced in his career, and how did he respond to them?

PH: Although lauded for his groundbreaking work on the wave equation, Schrödinger also faced criticism for his rebellious independence—for example, not accepting the concept of sudden quantum jumps, preferring instead a continuous explanation—and his unorthodox personal life, which included maintaining an open marriage. This led to a chilly reception at the University of Oxford, and he eventually took a position in Graz, Austria. However, after the Nazi annexation of Austria, Schrödinger publicly declared his allegiance to Hitler in an attempt to keep his job, but this backfired and he was fired and fled to neutral Ireland. Later, Einstein became angry with Schrödinger for making false claims to the Irish press about a unified field theory that they had developed together, but which Schrödinger claimed as his own.

SC: How did Schrödinger’s personal life and relationships influence his scientific work?

PH: Schrödinger’s life was full of contradictions, much like the ambiguity of his famous thought experiment involving a cat in a box. He considered himself an atheist, but often referred to divine motivations, and he was both a heavy smoker and an advocate of fresh air. He also had a complex love life, with multiple relationships and affairs, yet he remained deeply committed to his wife in a close friendship. These contradictions can also be seen in his statements about chance and causality in his lectures and writings.

SC: What impact did Schrödinger’s work have on the broader scientific community, and how has it influenced modern scientific research?

PH: Along with Schrödinger’s work in atomic theory, his contribution to the study of genetics, including a suggestion of a genetic code, in his seminal book, What is Life? had a major influence on Watson and Crick’s discovery of the double helix structure of DNA.

SC: How does Schrödinger’s work on wave mechanics relate to other areas of physics, such as relativity?

PH: Schrödinger shared with Einstein a critique of certain perceived gaps in quantum physics. That led both of them to collaborate, in the mid-1940s, on an attempted unified theory of the then-known forces of nature—including electromagnetism (and in Schrödinger’s case the strong nuclear force) along with gravitation in an extension of general relativity that removes certain symmetries in the tensor equations. Their collaboration ended up becoming a media fiasco when, in 1947, Schrödinger announced at a meeting of the Royal Irish Academy his “theory of everything.” Though it was distilled from some of Einstein’s ideas. Schrödinger asserted priority, leading global headlines to proclaim that he beat Einstein. Einstein was very upset, denounced the press reaction, and didn’t correspond with Schrödinger for several years.

SC: In what ways do Schrödinger’s ideas about the nature of the universe challenge traditional scientific thinking, and how have they changed our understanding of the world around us?

PH: Schrödinger was deeply interested in Eastern philosophy, particularly Vedic writings in Hinduism, and was drawn to Schopenhauer’s concept of the force of Will. By combining these ideas, Schrödinger sought to find greater unity and flow in nature, an influence that is still felt today.