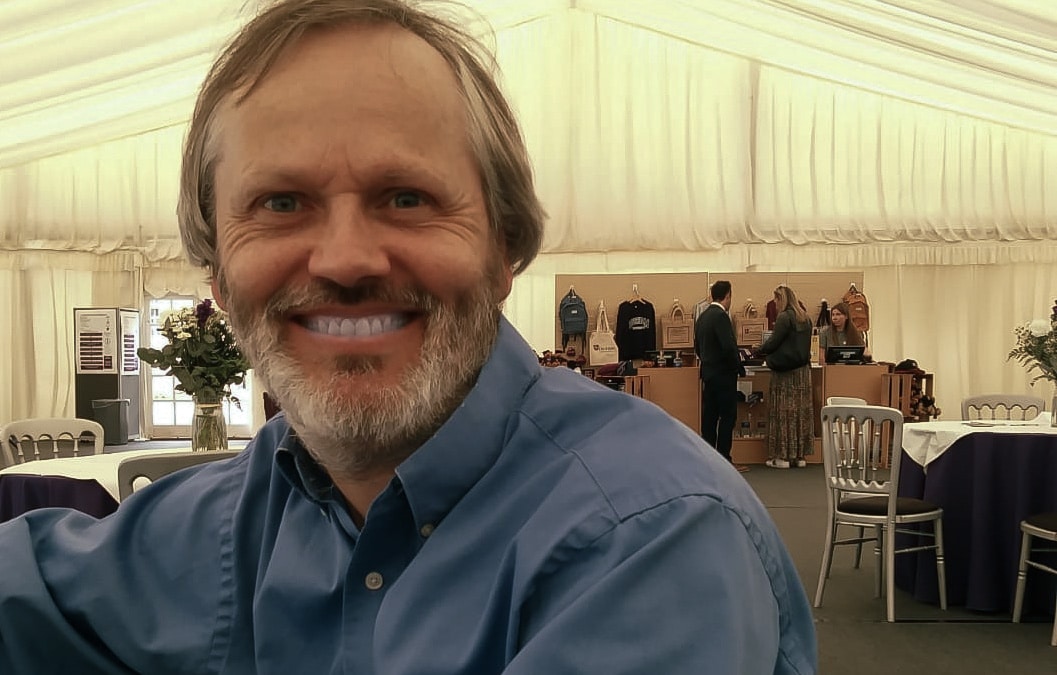 Wolfgang Amadeus Mozart (1756–1791) is widely regarded as one of the greatest composers of all time. His genius is evident in the hundreds of pieces he composed throughout his short but impactful career. He left behind a legacy of timeless masterpieces, including the enduringly popular Eine Kleine Nachtmusik, the operatic masterpiece Don Giovanni, and the magical Die Zauberflote. Despite his untimely death at just 35 years old, his music continues to captivate audiences around the world.

Simon P. Keefe is a leading authority on Mozart and his music. As the J.R. Hoyle Chair of Music at the University of Sheffield and a life-member of the Academy for Mozart Research in Salzburg, he brings a wealth of knowledge and expertise to his research. He is also the President-Elect of the Royal Musical Association. He has written award-winning books such as Mozart’s Requiem: Reception, Work, Completion and Mozart in Vienna: The Final Decade.

Simply Charly: How has your background in musicology influenced your interpretation of Mozart’s compositions?

Simon P. Keefe: Just as the field of musicology has broadened in recent decades, so too have my perspectives on Mozart and his music. I began my academic career by considering parallels between solo-orchestra relations in Mozart’s piano concertos and drama (including, but not limited to, opera), then turned my attention to issues of stylistic development (evaluated in line with a concept I termed stylistic re-invention) in Mozart’s Viennese instrumental oeuvre in its entirety. I subsequently moved on to a book on Mozart’s Requiem, which combined biographical, philological, stylistic, and reception-related topics. Biography, performance, and primary sources (autographs, first editions, etc.) lay at the heart of my lengthy musical study of Mozart’s final decade before I returned for my latest book project to reception activities in the long nineteenth century for Mozart and Haydn combined.

SC: What do you believe sets Mozart apart from other classical composers of his time?

SK: In many respects, Mozart should not be set apart from other late eighteenth-century composers; he was subjected to similar influences, encountered similar issues and problems, and (like everyone else) composed on commission and/or according to performance opportunities that opened up for him, rather than speculatively. Qualitatively speaking, though, Mozart’s success across all musical genres in the late eighteenth century—and as a great performer, composer and performer-composer—sets him apart from everyone else.

SC: In your opinion, what makes Mozart’s music timeless and enduring?

SK: With every new era and every new generation of musicians, Mozart’s music appears able to be re-interpreted in a new and fresh way, relevant (in one way or another) to the priorities and predilections of the new era.

SK: In my previous book, Mozart’s Requiem: Reception, Work, Completion (Cambridge University Press, 2012), I had worked with primary sources, in particular autograph materials.  But primary sources (including autographs, first editions, and a few fragmentary works) were placed right at the center of Mozart in Vienna: the Final Decade (Cambridge University Press, 2017). Above all, I used changes marked on them, differences between them, and evidence of different stages in Mozart’s compositional processes, to gauge the interaction between Mozart’s mindsets as a performer and a composer.

SC: What inspired you to focus specifically on Mozart’s final decade in Vienna for this book?

SK: I often wonder—accounting for the different stages of Mozart’s career—whether the volume and quality of Mozart’s early works, written at a tender age, or the volume and quality of his mature works from the final decade of his life are more remarkable. On balance, I’d vote (marginally) for the latter. The extraordinary range of chamber, orchestral, vocal, and dramatic works are a pleasure to immerse oneself in!

SC: Can you discuss any particularly interesting or surprising findings from your research for this book?

SK: Mozart’s ability to balance radically different, near-simultaneous compositional and performance-based activities, while imaginatively pursuing a varied portfolio of activities in order to navigate a successful path through a precarious freelancing world, became abundantly clear over the course of my work.

SC: How do you believe Mozart’s music has influenced the development of classical music over the past two centuries?

SK: Mozart had a stylistic influence on his immediate successors, including (late) Haydn, Beethoven, Schubert, Mendelssohn, and Chopin. He also became a “romantic” and/or “classic” figure for many others in the nineteenth century and had a direct impact on some twentieth-century composers too (including Stravinsky in his neo-classical phase). A number of composers who outwardly had little in common stylistically with Mozart were devoted admirers, most famously Tchaikovsky.

SC: How do you believe Mozart’s music continues to resonate with modern audiences?

SK: The clarity, expression, and emotion of Mozart’s music continues to speak vividly to our era; our collective wonderment at his compositional virtuosity and majestic output is also as pronounced as at any time in the past. Different genres resonate in different ways: the operas deal poignantly and forcefully with themes of (for example), love, betrayal, forgiveness, jealousy, and enlightenment that are as relevant today as when the works were written; and the piano concertos speak powerfully to us of spontaneity, elegance, refinement and dynamism, and the chamber music of (among other things) conviviality and sociability.

SC: Your book Mozart in Vienna was published in 2017. What have you been working on since then?

SK: I am excited to announce that my latest book, Haydn and Mozart in the Long Nineteenth Century: Parallel and Intersecting Patterns of Reception will be published by Cambridge University Press in February 2023. In this monograph, I delve into the critical writings of the time, from popular and scholarly biographies to journalistic and highbrow criticism, scholarship, and fiction, to chart the unique paths for these two great composers—between Mozart’s death in 1791 and the onset of the First World War in 1914. I challenge the commonly held belief that Haydn’s reputation declined and instead present a more nuanced view of both composers’ reception. I also examine the anniversary celebrations and commemorations for Haydn and Mozart throughout the 19th century.