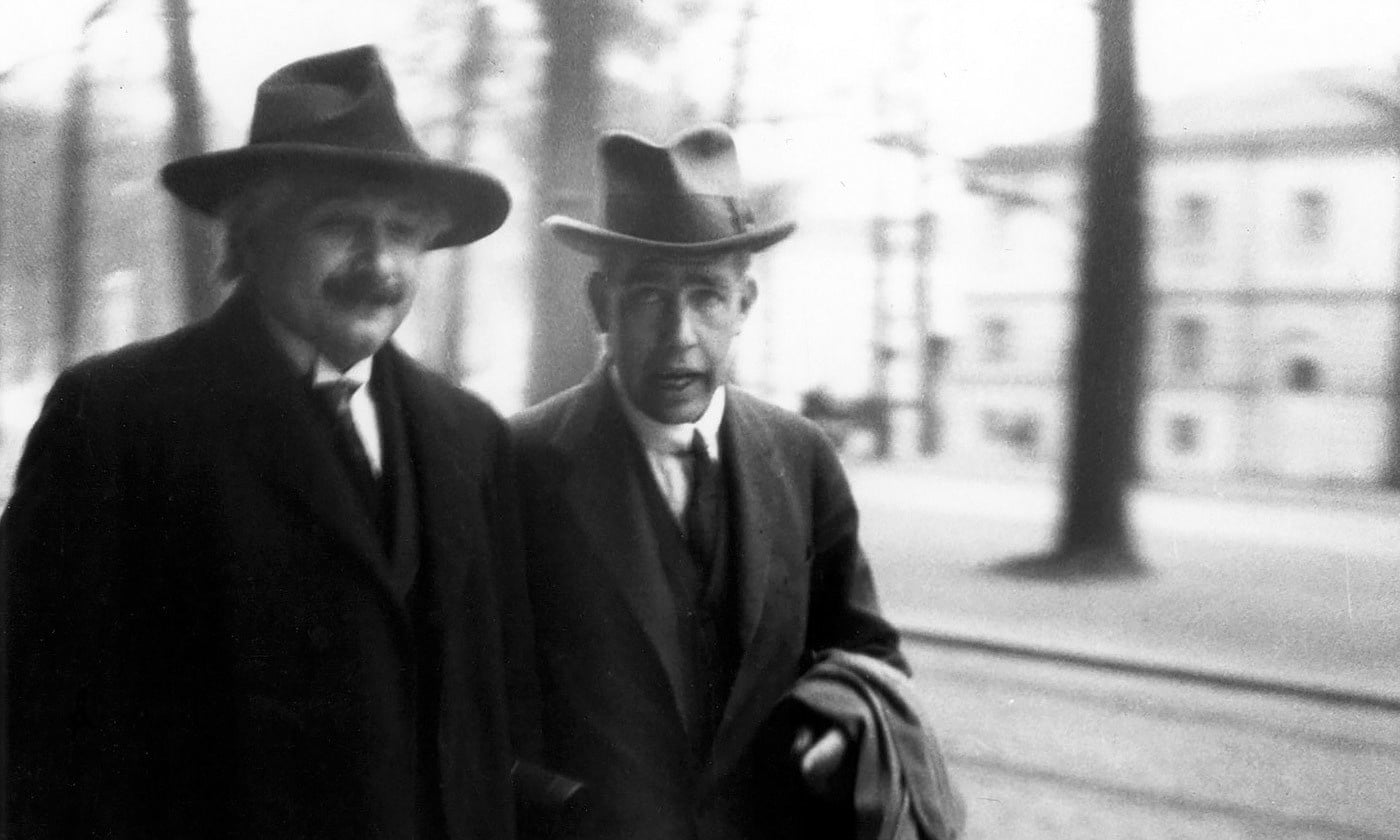 Niels Bohr and Albert Einstein were two of the most brilliant scientists of their time, and they also happened to be fierce rivals. While they were both known for their groundbreaking contributions to the field of physics, they often found themselves at odds with each other. But despite their differences, they were also able to engage in some friendly banter and exchanges that showed off their wit and humor.

Bohr was a Danish physicist who made some of the most significant contributions to our understanding of the atomic world. He is perhaps best known for his development of the Bohr model of the atom, which helped to explain the structure and behavior of atoms in terms of their constituent particles and the forces that hold them together. This model was able to provide a foundation for our understanding of the quantum nature of the world, which is the basis for much of modern physics.

Einstein, on the other hand, was a German-born physicist who is best known for his theory of relativity. This theory revolutionized our understanding of the nature of space and time, and it also helped to pave the way for the development of modern physics. Einstein was also known for his contributions to the field of quantum mechanics, which is the study of the behavior of subatomic particles.

Despite their many achievements, Bohr and Einstein often found themselves at odds with each other. They had different approaches to physics, and they were known to have some lively debates and discussions. But despite their differences, they were also able to engage in some friendly banter and exchanges that showed off their wit and humor.

One famous example of this came during a conversation that Bohr and Einstein had about the nature of reality. Bohr argued that the nature of reality was ultimately unknowable, while Einstein argued that it was possible to understand reality through the use of reason. As they were talking, Einstein asked Bohr, “Do you really believe that the moon only exists when we are looking at it?” Bohr responded with a smile, “Einstein, don’t tell me that you still believe in an objective reality!”

Despite their differences, Bohr and Einstein remained close friends throughout their lives, and they continued to engage in lively discussions and exchanges. They were both brilliant scientists who made significant contributions to the field of physics, and they also had a great sense of humor. Their wit and humor, combined with their dedication to their work, made them beloved figures in the scientific community and a true inspiration to all those who knew them.