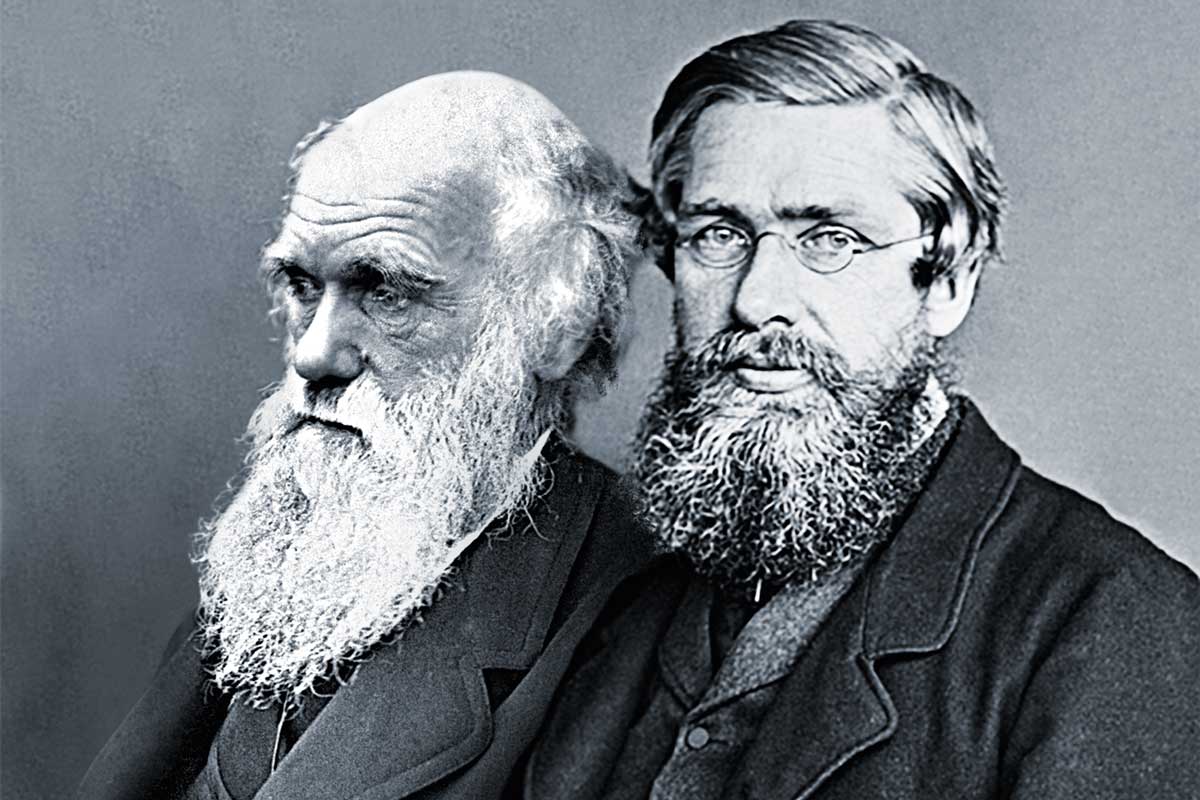 The Evolutionary Face-Off: Who Deserves More Credit, Darwin or Wallace?

Alfred Russel Wallace and Charles Darwin are two of the most well-known and influential figures in the history of biology. Both scientists are remembered for their contributions to the theory of evolution by natural selection, which has had a profound impact on our understanding of the natural world. But while Darwin is often given most of the credit for the development of this theory, Wallace played a crucial role as well.

So, how did these two scientists end up working on the same groundbreaking theory at the same time? The short answer is that Wallace and Darwin were both interested in the field of natural history and were independently studying the concept of evolution.

Wallace, who was born in 1823 in Wales, was a naturalist and explorer. He spent many years traveling to exotic locations around the world, including the Amazon rainforest and the Malay Archipelago, where he studied and collected specimens of plants and animals. It was during these travels that Wallace first began to develop his ideas about evolution.

Darwin, on the other hand, was born in 1809 in England and was also a naturalist. He is most famous for his five-year voyage on the HMS Beagle, during which he collected specimens and made observations that would later inform his theory of evolution.

So, what happened next? In 1858, Wallace sent a manuscript outlining his theory of evolution by natural selection to Darwin. It is said that when Darwin received the manuscript, he was shocked to see that Wallace had come to the same conclusions as he had, and that his own ideas had been “forestalled.”

To make a long story short, Darwin and Wallace presented their joint theory of evolution by natural selection at a meeting of the Linnean Society of London in 1858. The paper, which was titled “On the Tendency of Species to Form Varieties; and on the Perpetuation of Varieties and Species by Natural Means of Selection,” was a sensation and is considered one of the most important scientific papers in history.

But why is it that Darwin is often remembered as the sole creator of the theory of evolution, while Wallace is often overlooked? Part of the reason is that Darwin had the resources and connections to publish and promote his work more effectively than Wallace did. Additionally, Darwin’s book On the Origin of Species, which was published in 1859, became a bestseller and helped to solidify his place in the pantheon of scientific greats.

That being said, it is important to recognize the contributions of both Wallace and Darwin to the theory of evolution by natural selection. While Darwin is often given most of the credit, it is clear that Wallace’s work played a crucial role in the development of this groundbreaking theory. So, the next time you hear someone refer to “Darwin’s theory of evolution,” remember to give Wallace a nod as well.