“A delightful and illuminating biography of one of the 20th century’s greatest scientists. His influence on physics and, at least indirectly, on biology was monumental and his unconventional private life was a continual challenge. There is never a dull moment in this fascinating book.”
—Gino Segrè, co-author with Bettina Hoerlin of The Pope of Physics: Enrico Fermi and the Birth of the Atomic Age 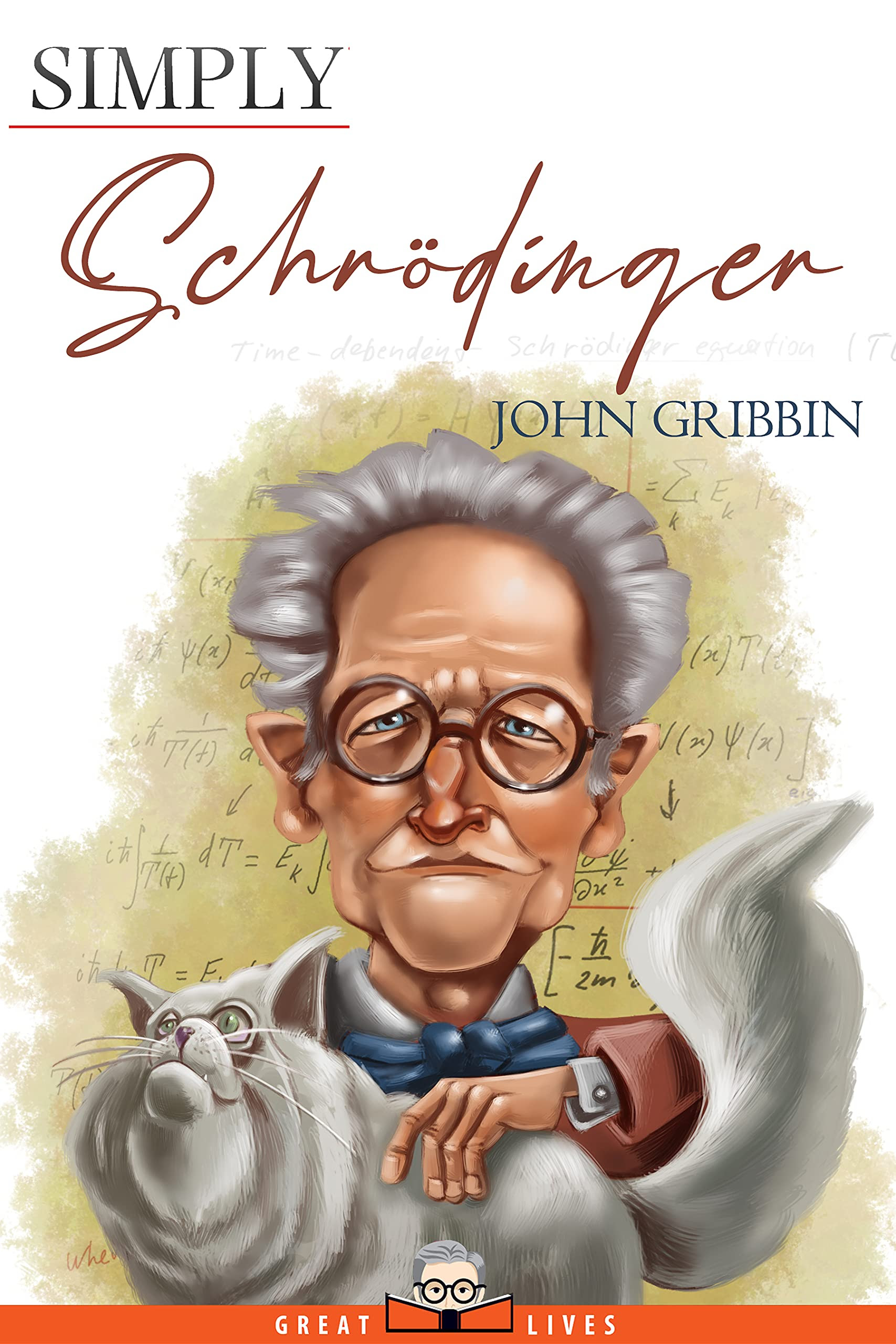 Nobel Prize-winning scientist Erwin Schrödinger was one of the most accomplished and influential physicists of modern times. His work in quantum physics helped define the new post-Newtonian paradigm, and he also made valuable contributions to the fields of genetics, philosophy, and theoretical biology. In Simply Schrödinger, astrophysicist and renowned science writer John Gribbin explores Schrödinger’s life and career, offering not only a definitive explanation of the “cat in a box” thought experiment, but also illuminating Schrödinger’s influence on quantum computing, the discovery of the structure of DNA, and the “many worlds” theory.

Born in Vienna, Austria, Erwin Schrödinger (1887-1961) was the only child of a Catholic father and an Austrian-English Lutheran mother. He attended the University of Vienna, receiving his doctorate in 1910. For the next 45 years, he held positions at many different universities in Europe, the U.K., and the U.S., a result both of his antipathy to Nazism, as well as his unconventional lifestyle, which often involved living with multiple women at a time. After appointments at Oxford, Princeton, and the University of Graz in Austria, Schrödinger was invited in 1938 to help set up the Dublin Institute for Advanced Studies, where, from 1940 until his retirement in 1955, he served as the director of the School for Theoretical Physics. In addition to his groundbreaking work in physics—for which he received the Nobel Prize in 1933—Schrödinger had a lifelong interest in philosophy and Eastern religion, and his lectures and writings included discussions of such topics as consciousness, free will, and the nature of reality.

In Simply Schrödinger, acclaimed science writer John Gribbin takes the measure of this singular scientist, who stands with Einstein, Heisenberg, and Dirac as one of the creators of a new scientific reality. While the focus is primarily on Schrödinger’s particular contributions to quantum physics—including wave mechanics and wave-particle duality, as well as the famous feline—Gribbin also delves into Schrödinger’s fascination with Eastern philosophy and the other distinctive traits that differentiated him from his peers and made him who he was.

Written in a personable and accessible style that minimizes jargon and doesn’t require a degree in physics, Simply Schrödinger is a fascinating introduction to one of the giants of the 20th century, who blazed his own trail in science and in life.

The book has received advance praise from noted scholars from around the world. Simon Mitton, co-author with Jacqueline Mitton of Vera Rubin: A Life says, “This splendid little biography of Erwin Schrödinger is a sparkling jewel of science writing: crystal clear and concise, accurate and objective, entertaining and informative. If quantum queries tend to make you queasy, this is the book for you. There’s much more to Schrödinger than his eponymous cat. Gribbins’ non-technical guide to Schrödinger’s complex world-line vividly exposes the entanglement of his love life with his search for truth in science.”

Marcia Bartusiak​, author of The Day We Found the Universe and Black Hole, points out that “As a physicist, Schrödinger was central to the development of quantum mechanics, yet who later wanted to take it all back. John Gribbin beautifully demonstrates that this scientist’s contributions went far beyond the concept of his infamous cat: he both wrote a book that sparked the founding of molecular biology and introduced the idea of parallel universes. This small gem of a book covers a sizable slice of 20th-century science.”

And David N. Schwartz, The Last Man Who Knew Everything: The Life and Times of Enrico Fermi, Father of the Nuclear Age, says, “John Gribbin is one of our most lucid science writers, and we are lucky that he has turned his talents to a short and accessible account of Erwin Schrödinger’s life and his physics. Schrödinger emerges as a deep thinker whose eponymous equation instantly placed him in the pantheon of the greats of physics, and whose life and thought beyond physics makes him one of the most interesting of the giants of 20th-century science. For those who know about Schrödinger, this is a thoroughly enjoyable reminder of why he is so important, and for those who don’t this is a most excellent introduction, accessible to the lay reader as well as the specialist.”

“We are delighted with the excellent reviews the book has received from critics and are confident our readers will find it to be a fascinating and authoritative source of information about one of the 20th century’s most influential scientists,” said Charles Carlini, Simply Charly’s CEO.

With its vivid portrait of life in 20th-century Europe—and the enormous social and political upheavals that provided the context for Schrödinger’s work—Simply Schrödinger is an invaluable overview of the life and times of the man whose revolutionary insights remain crucial for our understanding of central aspects of our world.

The Kindle and print editions are now available for purchase on Amazon at https://getbook.at/simplyschrodinger. And an audiobook edition will be available later in the year.