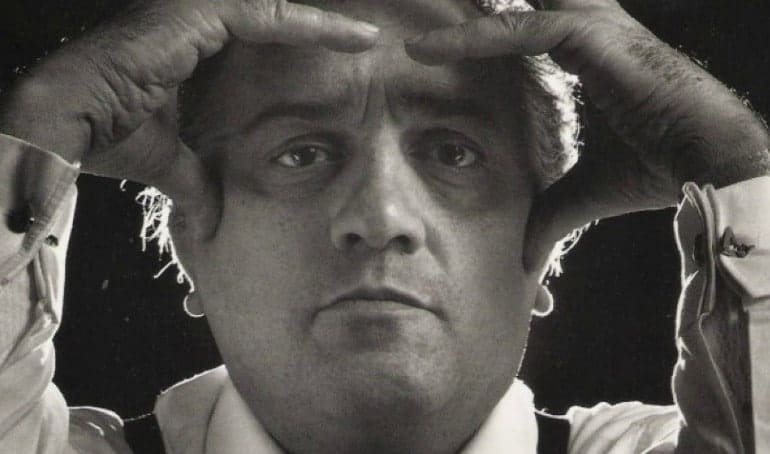 Federico Fellini, the legendary Italian filmmaker, was born on January 20th, 1920. As we celebrate his birthday, let’s take a moment to appreciate the man who brought us such cinematic masterpieces as La Strada, 8½, and La Dolce Vita.

First of all, let’s talk about Fellini’s style. It’s been described as “Felliniesque,” which is a fancy way of saying “completely unique and impossible to replicate.” His films are a whimsical, dreamlike blend of reality and fantasy, and they’re chock-full of larger-than-life characters and surreal imagery. In short, they’re the kind of movies that make you feel like you’ve been on a wild ride through someone else’s brain.

But let’s not forget that Fellini was also a master of satire. He had a knack for taking a humorous, tongue-in-cheek approach to serious subjects like fame, relationships, and the human condition. In 8½, for example, he tells the story of a filmmaker struggling with writer’s block, and the film is a hilarious, self-referential commentary on the creative process.

Fellini was also a master of casting. He had a knack for discovering unknown actors and turning them into stars. For example, he cast then-unknown actress Giulietta Masina in the lead role of his film La Strada. She went on to become one of the most iconic actresses of her time and was often referred to as “Fellini’s muse.”

But perhaps the most enduring legacy of Fellini’s work is the way he captured the spirit of Italy in the 1950s and 1960s. His films are a nostalgic, romantic tribute to the country he loved, and they’re filled with imagery that has become synonymous with Italian cinema. From the bustling streets of Rome in La Dolce Vita to the colorful circus in La Strada, Fellini’s films are a feast for the senses.

So, let’s raise a glass to Federico Fellini on his birthday. He may no longer be with us, but his films live on, and they continue to delight, inspire, and entertain audiences around the world. And if you haven’t seen any of his films yet, do yourself a favor and watch one today. Trust me, you won’t be disappointed.

In short, the films of Federico Fellini are a true celebration of the human spirit. They are a reflection of the filmmaker’s wild, whimsical and creative mind, and they continue to entertain and inspire audiences to this day. Happy birthday, Federico! Thank you for all the cinematic delights you’ve left behind.