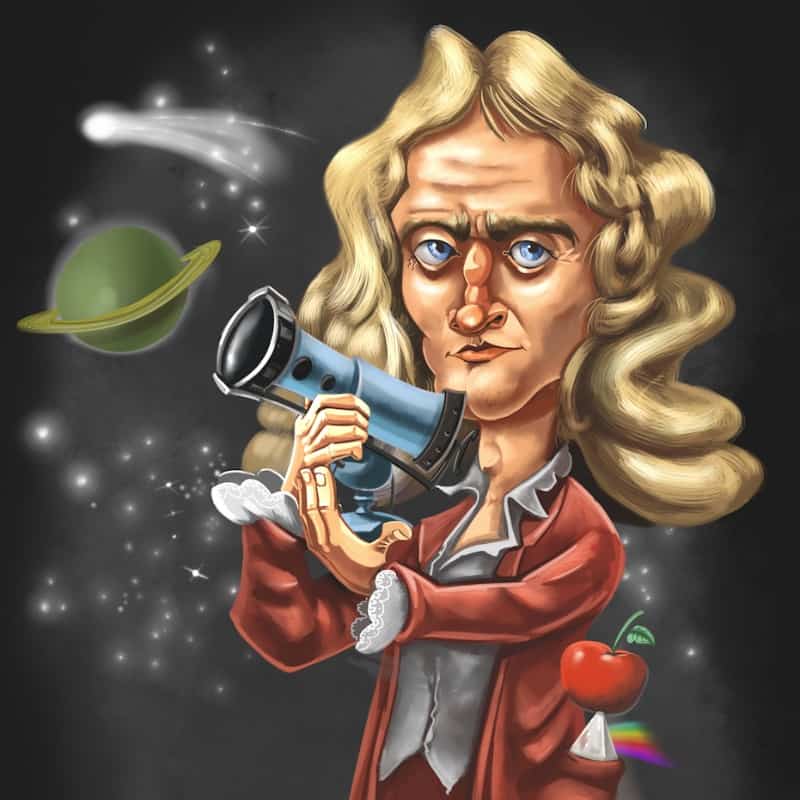 From Falling Apples to Calculus: A Birthday Ode to Isaac Newton

Ah, Isaac Newton—the man, the myth, the legend. Today is his birthday, and what better way to celebrate the occasion than by taking a trip down memory lane and revisiting some of his most famous (and funniest) moments?

First things first: that whole apple falling on his head thing? Yeah, about that. The story goes that young Isaac was sitting under an apple tree, minding his own business and probably trying to come up with some groundbreaking scientific theory or other, when all of a sudden—WHACK! An apple falls from the tree and smacks him right on the noggin. Now, some people like to think that the apple was trying to impart some sort of cosmic wisdom upon Newton (hey, it worked for Snow White), but let’s be real here – that apple was just trying to get to the ground as fast as possible. And luckily for us, it ended up inspiring one of the most important laws in all of physics: the law of universal gravitation. So really, we should all be thanking that poor, hapless apple.

But Newton’s contributions to science didn’t stop there. Oh no, this guy was a veritable Renaissance man of knowledge. He dabbled in calculus (which he pretty much invented, no big deal), made some major strides in optics, and even figured out the whole “planets orbiting the sun” thing. And let’s not forget about his time as Warden of the Royal Mint, where he worked tirelessly to rid the world of fake coins and bring order to the chaos of currency. Basically, he was like the Tony Stark of the 17th century, except without all the fancy gadgets and billionaire playboy antics.

And speaking of Tony Stark, did you know that Newton was also a bit of a party animal? Okay, maybe “party animal” is a bit of a stretch—he was more of a “sip a little wine and contemplate the nature of the universe” kind of guy. But still, the man knew how to have a good time. He was a member of the prestigious (and slightly rowdy) Royal Society, and was known to enjoy a good dinner party with his fellow scientists. It’s said that he once got so caught up in a heated debate about mathematics that he forgot to eat his dinner, and ended up having to slurp his soup standing up because it had gone cold. Now that’s dedication.

So happy birthday, Isaac Newton! You may have been born over three centuries ago, but your impact on science, mathematics, and the world at large is still felt today. Here’s to many more orbits around the sun (and hopefully a few more warm bowls of soup).