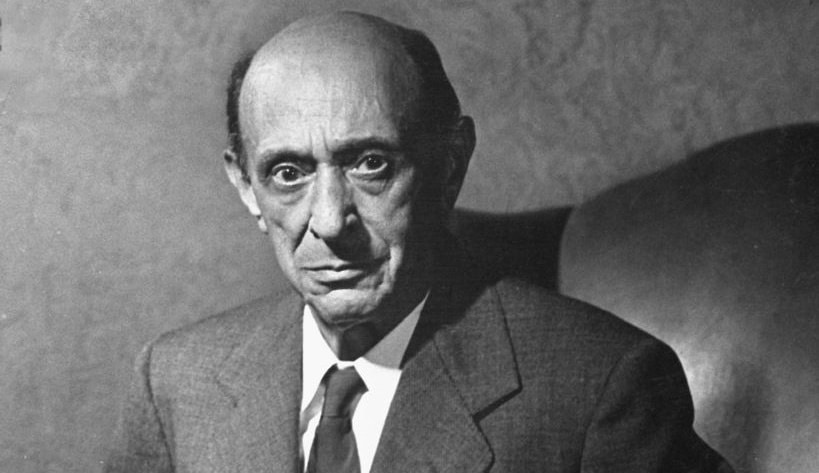 Arnold Schoenberg: The Composer Who Refused to Play by the Rules

Arnold Schoenberg was a true eccentric in the classical music world. He was a composer, a teacher, a theorist, and even a painter (because one art form just wasn’t enough for him). But what he’s really famous for is his innovative approach to music composition, specifically his work in 12-tone music and serialism. Basically, he was the guy who said “screw tonality” and decided to do his own thing. And boy, did he ever.

Schoenberg’s 12-tone technique may seem like a strict, no-fun zone at first glance, but he saw it as a way to let his freak flag fly while still following some basic rules. He believed that tonal music relies on patterns, like arpeggios and scale passages, and that 12-tone music just shakes things up a bit (okay, a lot). Other composers also found 12-tone music to be pretty darn liberating and developed the concept of serialism, which involves using a series of musical elements like pitch, duration, and timbre in a predetermined order. It’s like a Choose Your Own Adventure book, but with music.

One of Schoenberg’s most famous works is “Pierrot Lunaire,” a collection of 21 poems set to music that features a voice accompanied by a small ensemble of instruments. The poems are written in German and tell the story of Pierrot, a character from commedia dell’arte, as he travels through a dreamlike world. The music for “Pierrot Lunaire” is atonal and also utilizes the twelve-tone technique, with the voice and instruments following the same tone row. It’s like a puzzle, but with sound.

Another masterpiece by Schoenberg is “Verklärte Nacht,” a string sextet that tells the tragic story of a woman who must confess to her lover that she is pregnant with another man’s child. Despite the darkness of the subject matter, the music is full of emotion and beauty and is considered a masterpiece of the late romantic period. “Verklärte Nacht” does not fully abandon tonality, but does feature unconventional harmonic progressions and pushes the boundaries of traditional tonal structure. It’s like a rebellious teenager, but with notes.

In addition to his compositions, Schoenberg made significant contributions to music theory and education. He wrote several books on music theory and composition, including “Structural Functions of Harmony” and “Harmonielehre,” which are considered classics in the field. He was also a professor of music at the Berlin Academy of the Arts and later at the University of California, Los Angeles, where he taught a number of influential students, including John Cage and Leonard Bernstein. Basically, he was the cool music teacher that everyone wanted to have.

Despite facing criticism and confusion, Schoenberg remained unshaken in his commitment to pushing the boundaries of musical composition. He understood that true art has the power to transcend boundaries and bring people together, and he wasn’t afraid to shake things up a bit (or a lot). In fact, he embraced the “difficult” composer label with open arms, seeing it as a badge of honor. And we have to admit, there’s something kind of cool about being the black sheep of the classical music world. So let’s raise a glass (of schnapps, naturally) to Arnold Schoenberg, the composer who wasn’t afraid to be a little (or a lot) weird. Long live the weirdos!