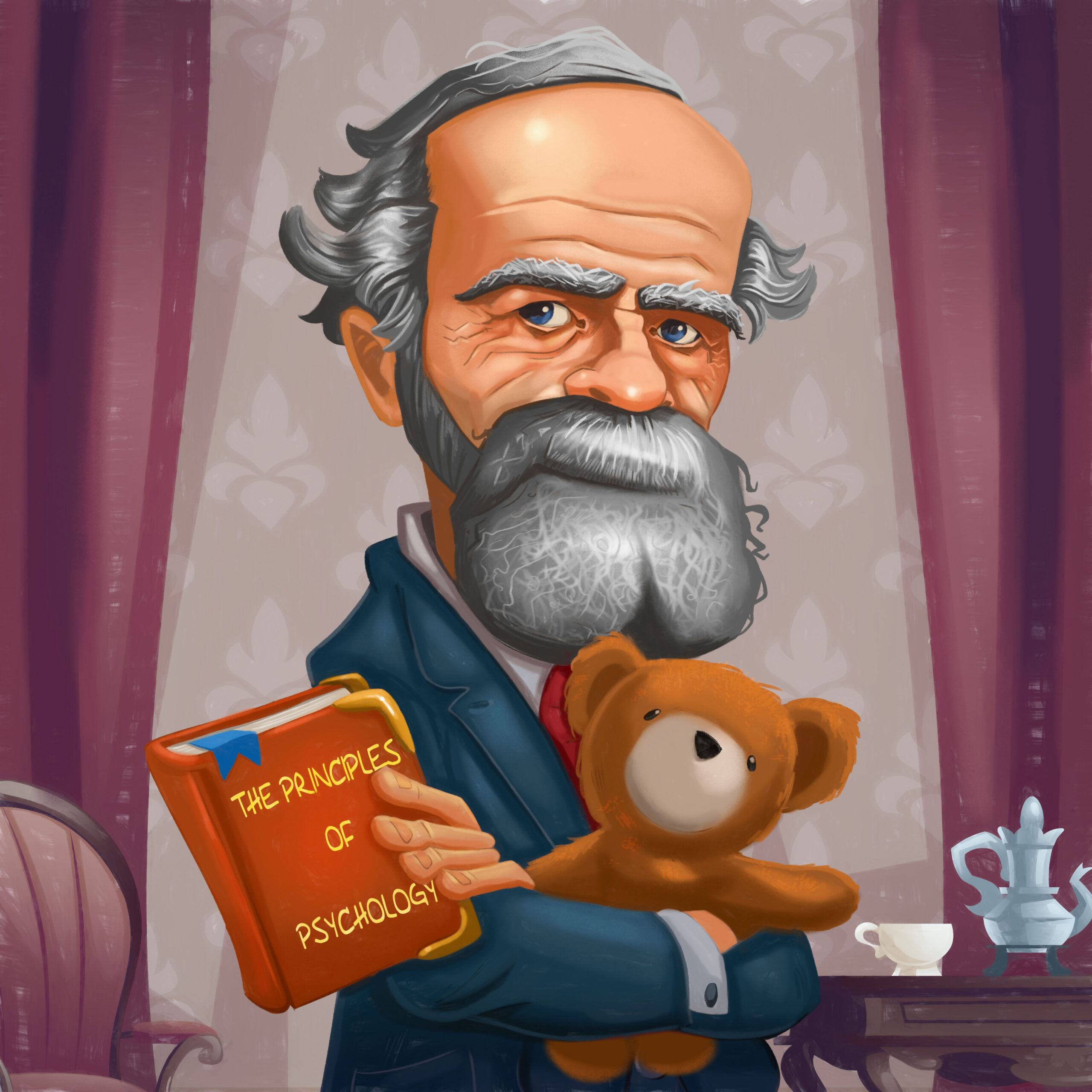 William James was one of the most prominent and influential figures in American psychology, philosophy, and religious studies during the late 19th and early 20th centuries. He is often referred to as the “father of American psychology” for his pioneering work in the field, including his landmark text “Principles of Psychology” (1890). James also made important contributions to the development of the philosophical school of pragmatism and the study of religious experience.

William James was born in New York City to a wealthy and socially prominent family. His father, Henry James Sr., was a noted philosopher and theologian, and his brother, Henry James, was a well-known writer. William was the oldest of five children and was raised in a cultured and intellectually stimulating household.

He attended schools in the United States and Europe, but never graduated from college. Instead, he pursued a diverse array of interests including art, literature, and science. He even took a break from his studies to travel to Germany and Brazil, work as an artist’s assistant, and serve as a volunteer during the American Civil War.

James began his professional career as a teacher, first at the Massachusetts Institute of Technology and then at Harvard University. He taught a wide range of subjects including psychiatry, anatomy, and psychology. In 1875, he offered Harvard’s first course in psychology. His work as a teacher and researcher eventually led to the publication of his seminal work “Principles of Psychology” in 1890. This multi-volume work was considered one of the first comprehensive texts in the field of psychology and established him as a leading figure in the discipline.

In “Principles of Psychology,” James tackled a wide range of topics, from the nature of consciousness and perception, to the functioning of memory and the emotions. He developed the idea of “stream of consciousness,” which held that consciousness is a continuous flow of thoughts, sensations, and perceptions. He also advanced the concept of “radical empiricism,” which posits that all knowledge is derived from direct experience. His ideas on consciousness, perception, and cognition continue to shape psychological research and theories to this day.

James’s philosophy, which he referred to as “pragmatism,” focused on the practical usefulness of ideas and the role of experience in shaping knowledge. He argued that the truth of an idea is determined by its ability to solve problems and improve the human condition. He believed that the function of thought is to guide action, and that truth is not something that exists independently of the mind, but is rather a property of our beliefs and ideas that are useful for achieving our goals. He considered that our concepts and theories are useful instruments for understanding and manipulating the world. His work in pragmatism was influential in the development of the American school of thought known as instrumentalism.

In 1902, James published “The Varieties of Religious Experience,” in which he examined the psychological origins of religious belief and its influence on human behavior. The book was well-received and is considered a classic in the field of religious studies. He argued that religious experiences, rather than religious doctrines, are the most important aspect of religious life. He believed that religious experiences are subjective and personal and should be studied from a psychological perspective. He considered that the concept of God is a human construct, arising from our own needs and experiences, and that there is no objective, ultimate reality that can be known or understood through reason or science.

Throughout his life, James struggled with health problems and suffered from depression. Despite this, he continued to work and publish until his death in 1910. James had a wide-ranging influence on American thought and culture. His work continues to be studied and debated today, and his ideas continue to shape the fields of psychology, philosophy, and religious studies. He was a brilliant thinker, a skilled writer, and an influential thinker of his time. His legacy continues to shape the way we think of human consciousness, religious experience, and the nature of knowledge.