MAIN MENU
Literature Poet W. H. Auden
British-American poet W. H. Auden is recognized as one of the foremost poets of the 20th century, influencing the arts to the extent that journalists referred to his period of fame as the “Auden Generation.” The grandson of an Anglican minister, Auden was raised in the Christian faith and served as a choirboy. Such an… 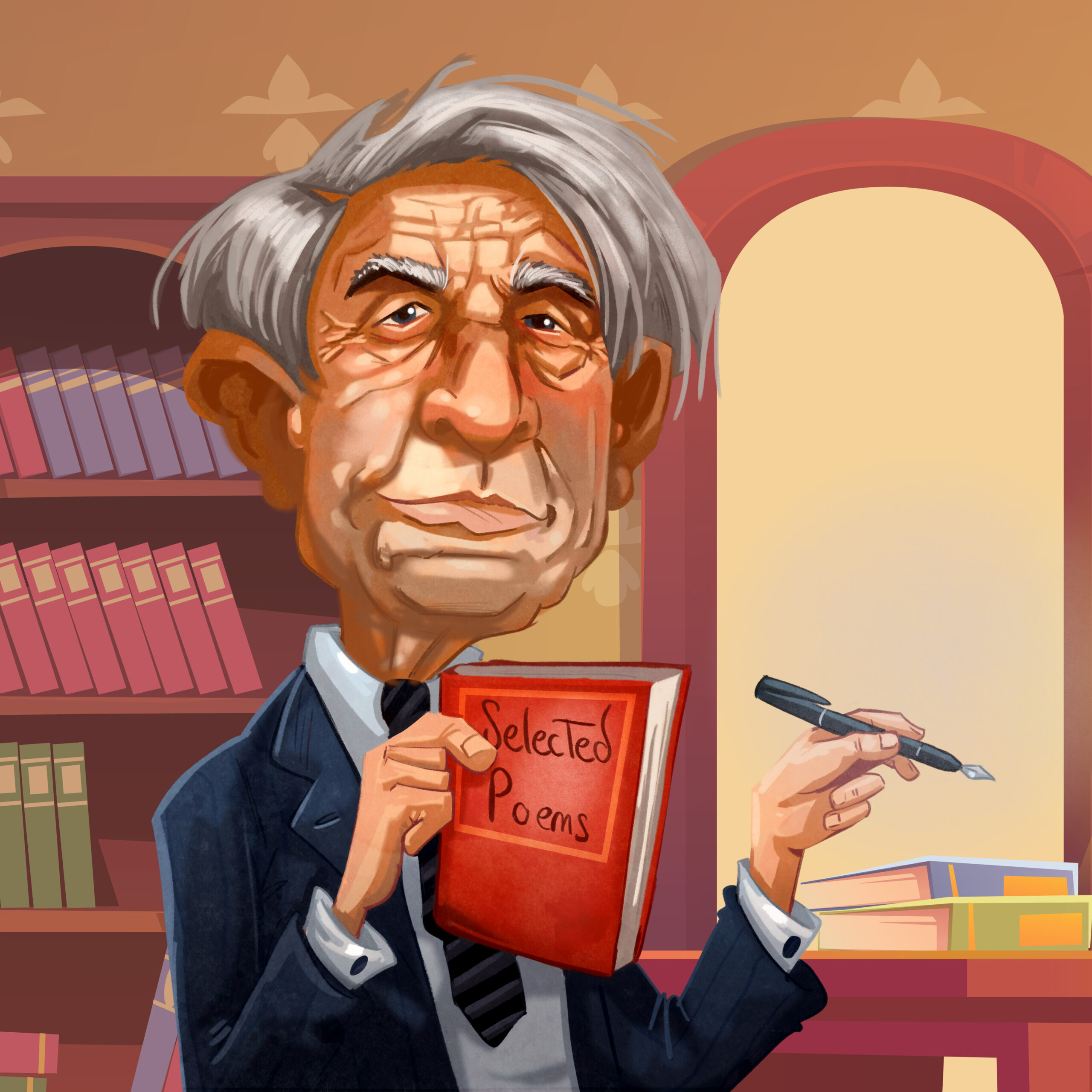 W. H. Auden was a British-American poet and is recognized for being one of the foremost modernist poets of the 20th century.

British-American poet W. H. Auden is recognized as one of the foremost poets of the 20th century, influencing the arts to the extent that journalists referred to his period of fame as the “Auden Generation.” The grandson of an Anglican minister, Auden was raised in the Christian faith and served as a choirboy. Such an experience, he once confessed, taught him the power of words. For Auden, poetry was an outlet for not only mere creativity but also social critique. Largely influenced by the likes of Sigmund Freud and Karl Marx in his early years, and a recommitment to Christian devotion in his later years, Auden’s works are not a uniform collection, but rather a diverse array of verse and prose of Auden’s own creation.

W. H. Auden—formally, Wystan Hugh Auden—was born in York, England on February 21, 1907. His father, George Augustus Auden, was a prominent physician and psychologist who took great interest in folkloric tales, wielding great influence over his young son’s vivid imagination. His mother, Constance Rosalie Bicknell Auden, was a missionary nurse and an ardent devotee of the Anglican church. The couple raised Auden and his two older brothers in England’s industrial city of Birmingham.

Auden’s lyrical abilities were recognized early in his academic career; however, his initial pursuit was science. During his childhood years, he planned on becoming a mining engineer, and in 1925, he earned a scholarship to take a degree in natural science.

His passion for writing continued to blossom, and he was eventually compelled to change his major to English. As a student at Christ Church, Oxford, he became a part of a collective of writers that would later be known as the “Auden generation.” This generation boasted of poets such as Louis MacNeice and C. Day Louis, who was named poet laureate in 1968.

In 1928, around the time of his graduation from the University of Oxford, Auden privately published his very first poetry collection, Poems. Dabbling in Marxist and Freudian ideas, these juvenile lines of verse were more fragmented than his later works, yet still maintained many of the themes he would revisit throughout his career.

It would be Auden’s second collection—also entitled Poems—that would launch him to the pinnacle of the literary world. Now a schoolmaster by day and poet by night, Auden publicly released this collection in 1930 with the help of T. S. Eliot.

Notable within Auden’s work are descriptions of the Northern English landscape. The “new valley” and “spring’s green” featured in Auden’s early poem, “From the Very First Coming Down,” showcase the Northern English topography. These topographical images emerge elsewhere in his poetry, frequently serving as implicit relational motifs. For Auden, relationships are unions that must be both criticized and formidably protected from hostile forces. This concept becomes more apparent in the second half of Auden’s career via a rocky romantic relationship.

Generally speaking, scholars divide Auden’s work into two time periods. The first period occurs between Auden’s schooling and travels throughout China and war-torn Spain—trips that inspired Journey to a War (1939) and Spain (1937). This era is generally characterized by Auden’s employment of socio-political themes. The second half commences following his immigration to the United States in 1939. During this period, Auden emboldened his commitment to Christianity, became radically suspicious of love, and intently oriented his work toward spiritual matters rather than political ones.

A MOST UNUSUAL MARRIAGE

Auden was not only a remarkable poet, but he was also a contemplative playwright. He wrote his first play for the Group Theatre in London and titled it, The Dance of Death (1933). What Auden once called a “nihilistic leg-pull,” The Dance of Death displayed the demise of the middle class via a dancer who seeks to preserve his life through forms of escapism, nationalism, idealism, and hedonism.

Following The Dance of Death, Auden wrote three plays alongside his longtime friend, Christopher Isherwood: The Dog Beneath the Skin (1935), The Ascent of F6 (1936)—which featured the famous poem, “Funeral Blues,”—and On the Frontier (1938).

Isherwood also notably supported Auden in his odd marital relationship. In an effort to escape the Nazi persecution in Germany, Erika Mann, the daughter of the writer, Thomas Mann, was seeking a suitor to marry for the prospect of gaining British citizenship. Mann initially intended to marry Isherwood, however, Isherwood did not feel comfortable obliging. Isherwood then sought to pair Mann with Auden, and Auden readily accepted the offer, though the two hardly knew each other. The couple remained married until Mann’s death in 1969. Their marriage remained unconsummated.

Auden’s relationship with Mann evidently meant little as regards romantic fidelity. Auden began exploring his homosexual inclinations by frequenting a gay bar called the Cozy Corner during the year he spent in Berlin in 1929, recording many of his sexual encounters in a diary—writings that many publishers consider too obscene for publication. When he arrived in the United States with Isherwood years later, Auden encountered a flirtatious young man named Chester Kallman at one of his poetry readings. Auden and Kallman engaged in a relationship; however, Auden’s longing for matrimonial love was not reciprocated by the younger Kallman. Auden wrote of Kallman in many of his poems, though he never disclosed his gender.

As lovers and friends, Auden and Kallman collaborated on several artistic projects. Among their most notable works are The Rake’s Progress (1951) for Igor Stravinsky, Elegy for Young Lovers (1961) for Hans Werner Henze, and Love’s Labor Lost (1973) for Nicolas Nabokov.

Toward the end of his career, Auden would publish a commonplace book, A Certain World (1970). In 1972, he would edit The Collected Poems of St. John Perse and serve as an honorary fellow at Christ’s Church, Oxford, as his health declined.

In a 1972 interview, with wavering health, Auden confessed to a reporter that he was concerned for his well-being. “At my age, it’s not good to be alone,” he remarked. “Supposing I had a coronary, it might be days before I was found.”

On September 29, 1973, while in a hotel near Vienna, Austria, Auden died. He had been lecturing at a nearby academic institution and visiting old friends. He was 66-years-old.