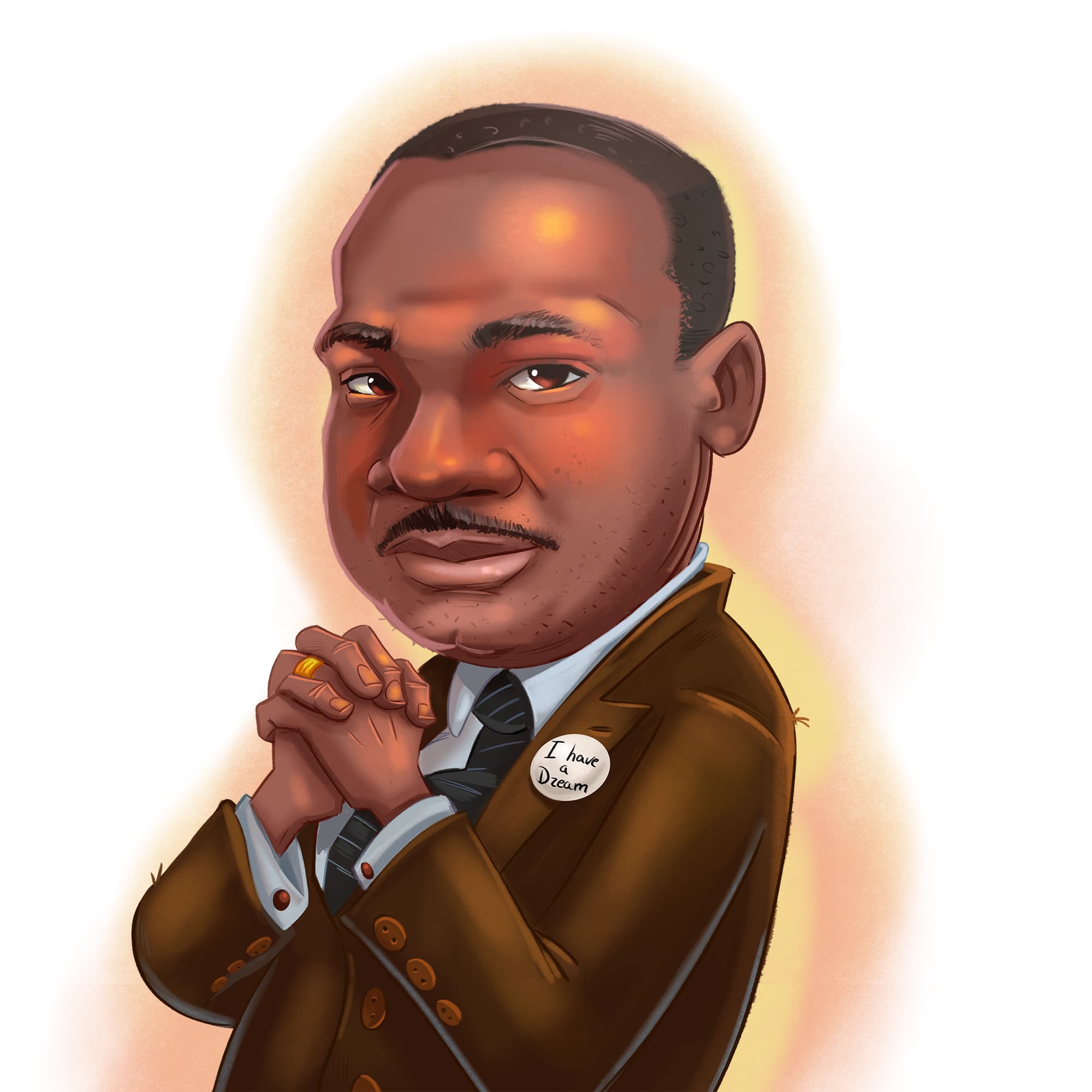 1963: Delivered the “I Have a Dream” speech at the March on Washington for Jobs and Freedom

King’s most well-known published works include “Letter from Birmingham Jail” (1963) and “Where Do We Go From Here: Chaos or Community?” (1967).

Considered one of the most influential figures in American history, Martin Luther King Jr. was a Baptist minister and civil rights activist who played a key role in the American civil rights movement.

King was born in Atlanta, Georgia, to a middle-class family. His father was a Baptist minister and his mother was a schoolteacher. King excelled academically and was heavily involved in his church as a teenager.

King attended Morehouse College, where he studied theology and philosophy. After completing his undergraduate degree, he enrolled in Crozer Theological Seminary in Pennsylvania, where he received his Bachelor of Divinity degree.

King’s passion for social justice grew during his time at seminary and he became increasingly involved in the civil rights movement. After completing his studies, he accepted a position as minister of a Baptist church in Montgomery, Alabama.

King’s role in the civil rights movement continued to grow, and he became one of the movement’s most visible leaders. In 1963, he delivered the iconic “I Have a Dream” speech at the March on Washington for Jobs and Freedom. The speech, which called for an end to racial segregation and discrimination, was a turning point in the civil rights movement and is considered one of the greatest speeches in American history.

In 1964, King was awarded the Nobel Peace Prize for his work in the civil rights movement. He was the youngest person to ever receive the award.

King’s activism and leadership were not without controversy, and he faced many challenges and threats as he fought for civil rights. In 1968, he was assassinated in Memphis, Tennessee, while supporting a sanitation workers’ strike.

King’s impact on the civil rights movement and on American society as a whole cannot be overstated. His non-violent approach to activism and his powerful message of equality and justice continue to inspire people around the world. In recognition of his contributions, King was posthumously awarded the Presidential Medal of Freedom and the Congressional Gold Medal, and he has a national holiday in his honor.