MAIN MENU
Langston Hughes Literature Poet
American poet, novelist, playwright, and social activist Langston Hughes contributed to the flourishing literary movement known as the Harlem Renaissance. Through his poems, stories, and essays, Hughes became known for his authentic portrayal of Black American life. Certainly a controversial figure, many of Hughes’ fans hailed him as one of the greatest poets of all… 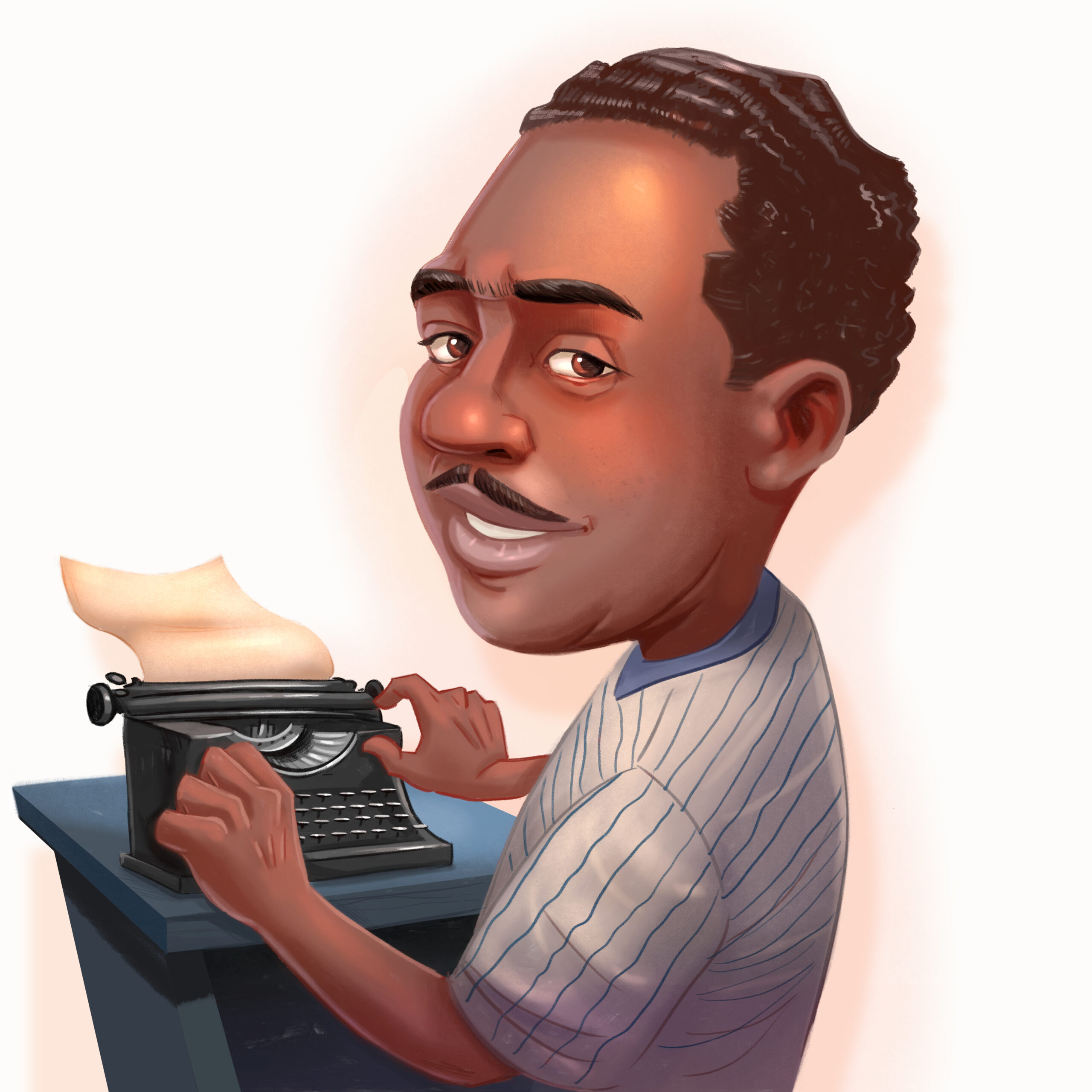 A poet and writer, Langston Hughes was one of the central figures of the Harlem Renaissance.

American poet, novelist, playwright, and social activist Langston Hughes contributed to the flourishing literary movement known as the Harlem Renaissance. Through his poems, stories, and essays, Hughes became known for his authentic portrayal of Black American life. Certainly a controversial figure, many of Hughes’ fans hailed him as one of the greatest poets of all time, yet there were many others, such as James Baldwin, who regarded him as a disgrace to the Black community. Nevertheless, Hughes’ impact on the literary world and race relations in the United States is undeniable.

James Mercer Langston Hughes was born in Joplin, Missouri on February 1, 1902. He was born to James Hughes and Carrie Langston, who divorced not too long after Hughes was born. After the divorce, Hughes’ father moved to Mexico, leaving his mother alone and without a sufficient income. His mother perpetually traveled around the country in search of work, which meant that the young Hughes spent most his childhood at his grandmother’s house in Kansas.

Mary Langston, Hughes’ grandmother, was a major force in developing his knack for creativity. She was the first Black woman to attend Oberlin College in Ohio, and her love for the arts undoubtedly rubbed off on her grandson. She frequently told Hughes stories about the past and showed him the beauty of his culture.

When Hughes was 13-years-old, his grandmother passed away, meaning that he now had to move in with his mother and her husband in Lincoln, Illinois. The reconciled family quickly moved to Cleveland, Ohio, and Hughes—now 14-years-old—attended Central High School. It was here where his first stories were published in the school’s literary journal titled The Monthly. While studying at Central High, one of Hughes’ English instructors introduced him to the poetry of Walt Whitman and Carl Sandburg, two primary influences on Hughes’ style. Hughes once remarked that Whitman was “America’s greatest poet,” and frequently praised his work.

Upon graduating from high school, Hughes moved to Mexico and spent a year there with his father. While on board his train to Mexico, Hughes penned the words: “I’ve known rivers: I’ve known rivers ancient as the world and older than the flow of human blood in human veins,” which served as the opening stanza to his famous poem, “The Negro Speaks of Rivers.” The poem was soon published in The Crisis magazine.

Upon returning to the United States in 1921, Hughes attended Columbia University and studied engineering. While in New York, he became entranced by the booming culture of Harlem. He dropped out of his engineering program after a year and took on various part-time jobs in restaurants around the metropolitan area. He eventually found a more stable job working as a seaman on board a ship that took him to Africa and Europe. Following a brief stint in Paris, Hughes moved back to the States in 1924 and settled in Washington, D.C. He soon picked up a job in a local restaurant.

In 1925, Hughes met Vachel Lindsay, the founder of modern singing poetry, at the restaurant he worked at. Hughes showed the poet some of his work and Lindsay enjoyed it so much that he used his prominent position to offer Hughes some free advertisement. Hughes’ career was now set to take off.

Following his encounter with Lindsay, Hughes’ poem “The Weary Blues” won a literary competition held by Opportunity magazine. Hughes then received a scholarship to Lincoln University, revitalizing his chances of fulfilling his educational goals.

While studying at Lincoln, Hughes’ first poetry collection, The Weary Blues, was published by Alfred A. Knopf. Once again, Hughes’ connections provided him with opportunities to grow. In this instance, his connection with Carl Van Vechten, a literary critic and novelist, who vouched for The Weary Blues’s publication, granted Hughes’ career an appreciated jolt.

In 1930, soon after graduating from Lincoln University, Hughes published his first novel, Not Without Laughter, through Alfred A. Knopf. The book won the Harmon gold medal for literature and earned Hughes enough money to make writing his full-time vocation.

Throughout the 1930s Hughes continued writing and publishing. During this decade, he also served as a war correspondent for the Baltimore Afro-American newspaper.

In 1940, Hughes published an autobiography titled The Big Sea. In this work, Hughes responded to some critics who did not support the manner in which he portrayed Black life and culture. “The Negro critics and many of the intellectuals were very sensitive about their race in books. (And still are)” Hughes retorted. “In anything that white people were likely to read, they wanted to put their best foot forward, their politely polished and cultural foot—and only that foot.”

Hughes’ authenticity won him favor among literary magazines and what he referred to as “the white press.” He continued writing in his genuine fashion and contributed to a column in the Chicago Defender. Here, Hughes utilized a character by the name of “Simple” who was an archetype of the average black working-class citizen. It was through these columns that Hughes contributed to social discussions regarding racial injustice and inequality. His “Simple” columns developed into the books Simple Speaks His Mind (1950), Simple Takes a Wife (1953), Simple Stakes a Claim (1957), and Simple’s Uncle Sam (1965).

In 1953, Hughes wrote one of his most famous poems, “Harlem” or “What happens to a dream deferred?” In this monumental poem, Hughes exposed the manner in which the American Dream did not extend to members of the Black community. For Hughes, the American Dream stank “like rotten meat.”

Through powerful works such as this, Hughes left an indelible mark on the history of the United States. Not only have his words greatly impacted the literary community, but also American society as a whole.

Toward the end of his life, Hughes suffered from prostate cancer. On May 22, 1967, while lying in his apartment on East 127th Street, Hughes passed away. He was 65-years-old.

His memorial was filled with jazz music and his ashes were placed beneath the Schomburg Center for Research in Black Culture. The inscription above the spot where his ashes lay contains the line, “My soul has grown deep like the rivers,” from his poem, “The Negro Speaks of Rivers.”