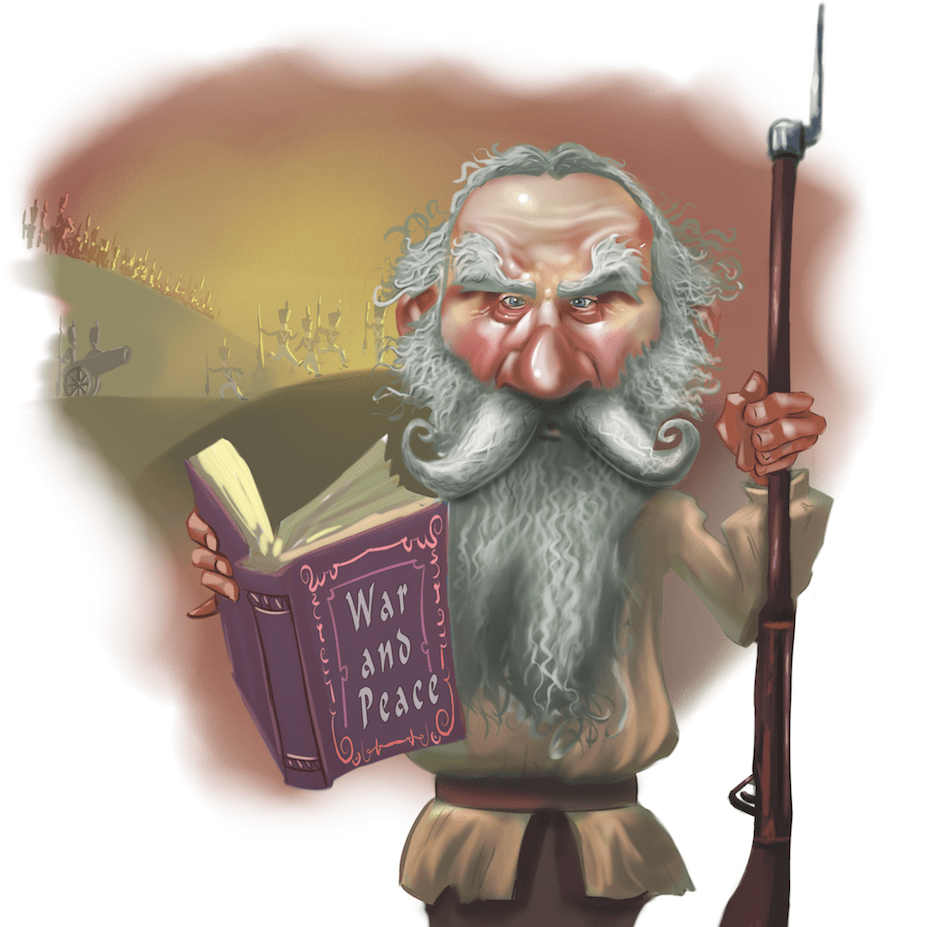 1. Leo Tolstoy (1828–1910), who is most famous for his magnum opus, War and Peace (1867), monastically journaled about life. From the time he was a teenager, he penned his daily routine, which included waking by 10 am, as well as his moral failures, such as his routine brothel visits or gambling problems.

2. Tolstoy never finished his degree. As a student at the University of Kazan, his professors described him as someone who was “unable and unwilling to learn.” After earning low marks in his coursework throughout his two-year tenure, he dropped out of the university.

3. He served as an artillery officer in the Crimean War. During his time in the military, he wrote the novel, Boyhood, which was the second novel in his autobiographical series: Childhood, Boyhood, Youth.

4. He married the much younger Sophia Bers within a few weeks of meeting her. Tolstoy was 34-years-old and Bers was only 18 on the day of their wedding.

5. Tolstoy and his wife had 13 children together, but only nine survived through infancy.

6. He became a religious leader. Through religious syncretism, he developed a cult that sought to live ascetic and passive lifestyles. Many followers of Tolstoy, or Tolstoyans, as they were called, sojourned with him on his estate. Some even found communes of their own throughout Russia and parts of Europe.

7. He began wearing peasant clothing and giving away much of his money as a result of his newly found religious zeal. His wife was concerned that he would lead the family into bankruptcy, so he gave her the rights to his royalties and copyright.

8. Tolstoy was excommunicated from the Russian Orthodox Church on February 22, 1901. To this day, his excommunication stands. The church has ignored pleas from Tolstoy’s descendants to have the writer unbanned. The church claims that the elders cannot rescind the excommunication of a former church member who has already died.

9. Tolstoy’s marriage to Bers was one of the rockiest relationships in the world of literature. Despite Bers’ assistance in publishing War and Peace, managing their estate, and tending to their many children, Tolstoy frequently argued with his wife over financial matters and his ascetic practices.

10. One night when Tolstoy was 82-years-old, he realized he was unhappy with the constant bickering between him and his wife. He took his youngest daughter, Aleksandra, and fled to a small plot of land owned by his sister. During his escape, Tolstoy’s health declined to fatal depths. He died of pneumonia on November 20, 1910.