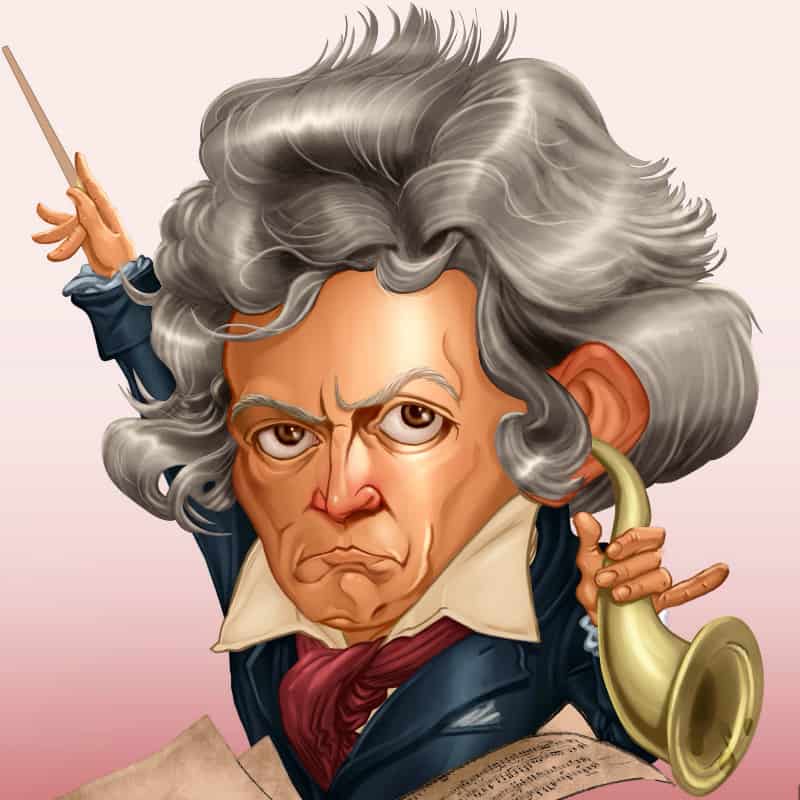 10 Things You Might Not Know About Ludwig van Beethoven

1.The German composer, Ludwig van Beethoven (1770-1827), struggled with math as a child. He left school prior to receiving lessons in division and multiplication, which left him to his own devices when he later managed his finances. One would think that one of the most influential musicians of all time should have been adept at mathematics, yet this was not the case for Beethoven.

2. His father, Johann van Beethoven, pushed his son to become a proficient musician. Some of Beethoven’s neighbors recalled seeing the young composer crying at the piano while his father monitored his playing. Though his father’s methods were tough, it proved valuable in the long run.

3. During his initial visit to Vienna, Beethoven played for the musician he modeled his playing after, Wolfgang Amadeus Mozart. Mozart was notorious for sticking his nose up at most musicians who performed for him, yet Beethoven was different. Of the 17-year-old’s improvisational performance, Mozart remarked to the audience, “Keep your eyes on him—someday he’ll give the world something to talk about.”

4. A few years after his first visit to Vienna, Beethoven moved to the city and studied under “The Father of Symphony,” Franz Joseph Haydn. Along with instructing Beethoven, Haydn was also responsible for teaching Mozart.

5. It is common knowledge that Beethoven became deaf and thus resorted to composing exclusively toward the end of his life; however, there is no absolute knowledge regarding how he developed this condition. There are a few theories, one of which being that Beethoven’s hearing progressively declined due to suffering from a case of smallpox as a child.

6. His predecessors and contemporaries mainly composed music for the harpsichord; however, Beethoven endeavored to compose music for the piano. In doing so, he blazed a trail for future musicians and composers to follow. Now, the piano is the dominant instrument in musical composition.

7. Beethoven’s famous “Moonlight Sonata” is dedicated to lost love. In 1801, he fell in love with Julie Guicciardi, who was a rich countess. Despite his fervor for her heart, a commoner such as Beethoven could not have her hand in marriage.

8. Not only did Beethoven suffer from deafness, but he also suffered from a wide array of illnesses and conditions, some of which being: colitis, jaundice, rheumatic fever, and cirrhosis of the liver.

9. On March 26, 1827, Beethoven passed away. Before his death, a doctor released 25 pounds of water from his torso. Though he was not under anesthesia during this grotesque procedure, he remained optimistic—he even joked during the surgery by comparing the doctor to Moses striking the rock and releasing water for the people of Israel.

10. The composer’s last words came after his publisher had sent him a delivery of wine, in which Beethoven cheekily replied, “Pity, pity. Too late.”