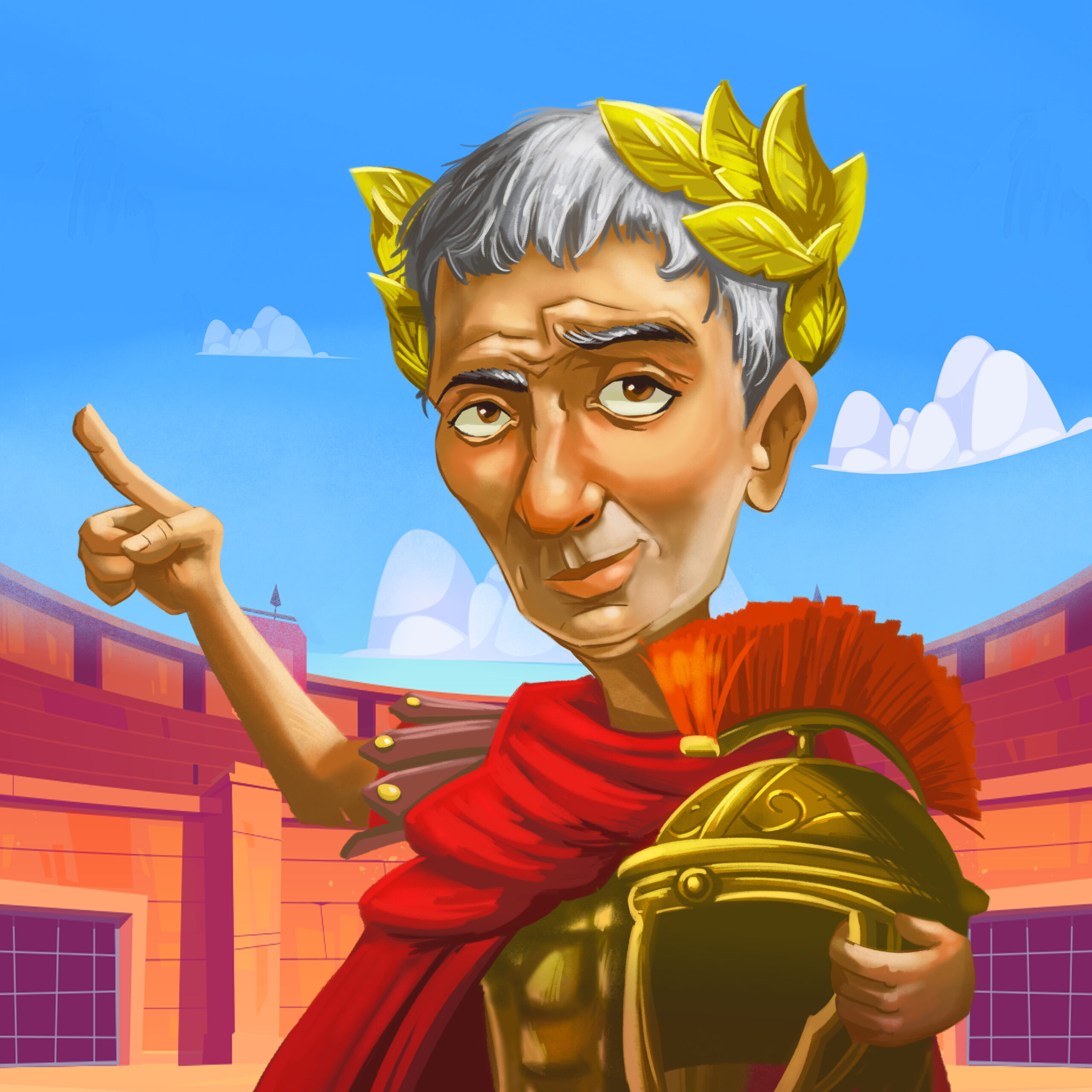 1. Julius Caesar was born during the month of Quintilus circa the year 100. That month was renamed July in his honor.

2. In his 20s, Caesar was captured by pirates. While traveling to the island of Rhodes to study under the Greek rhetorician, Apollonius, a group of bandits halted his boat and sought a ransom for the young Caesar’s life. Caesar was eventually set free and thereafter sent military personnel to find and execute the pirates who kidnapped him.

3. His family claimed to trace their ancestry back to Venus, the goddess of love, fertility, and prosperity.

4. Caesar and Cleopatra had a son together. In the midst of a civil war in Egypt between Cleopatra and her co-ruler Ptolemy XIII, Caesar, and the much younger Cleopatra had arranged to meet. As a result of this meeting, Cleopatra bore a son whom the Egyptians called Caesarion, or little caesar. It is thought that Cleopatra poisoned her co-ruler, Ptolemy XIV, hoping to install Caesarion as co-ruler.

5. Before Julius Caesar’s rule, the Roman calendar was 355 days long. However, after receiving advice from an astronomer, Caesar added 10 days to the calendar, making it 365 days long.

6. Along with changing the calendar year, Caesar intuited the implementation of leap years. Since the solar year is technically 365.25 days long, he added a leap year every four years to make up the difference.

7. He was the first Roman official to have his image minted on coins. He did this to assert his influence over Rome’s provinces and citizens.

8. Caesar’s name was not originally a title of authority. While he ruled, Rome was still a republic; however, the heir to his throne, Caesar Augustus, would take that title and use it to assert his monarchial power as Rome’s first emperor.

9. Caesar’s death was anything but peaceful. In 44 B.C., a coup of over 60 assailants who feared he would overthrow the Senate and institute tyrannical rule assassinated him. He endured 23 stab wounds before dying of a pierced aorta.