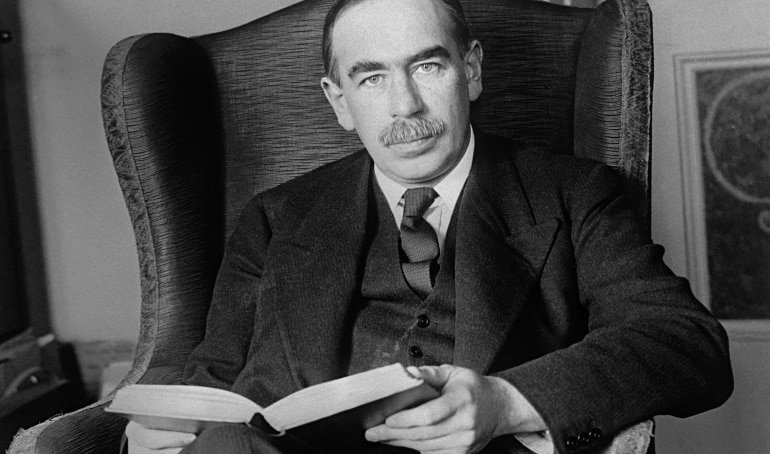 This piece has been excerpted from Simply Keynes by Roger Backhouse, part of Simply Charly’s Great Lives series.

John Maynard Keynes (1883-1946) was the most influential economist of the mid-20th century: he changed the way the world thought about economic problems and how those problems could be solved. For around 30 years after World War II, it was widely believed that, by using Keynesian theories, it was possible for governments to manage the economy to achieve full employment, avoiding the mass unemployment that had scarred the inter-war period. Maintaining approximately full employment and securing rapid economic growth helped create European welfare states, and the United States became what the economist and popular writer, John Kenneth Galbraith, called “the affluent society.” Keynes was so influential that it became common to refer to these three decades as “The Age of Keynes” or “The Keynesian Era.” Keynesianism was not just an economic theory or even a set of policy prescriptions: it became a social and political philosophy.

As we now know, this era was not to last. In the 1970s, following the emergence of “stagflation”—simultaneously rising inflation and unemployment—there was a reaction against Keynesian economics. Milton Friedman converted many people to “monetarism”—the doctrine that the main factor determining the rate of inflation is the growth rate of the money supply—with his argument that trying to stabilize the economy at a high level of employment would be counterproductive, as it would be liable to produce accelerating inflation. Together with Friedrich Hayek, who had been prominent in the 1930s and who rose from obscurity after he was awarded the Nobel Memorial Prize in Economic Sciences in 1974, Friedman persuaded many policymakers that government intervention typically made things worse and that governments should abandon any attempt to manage the level of demand: instead of discretionary monetary and fiscal policy aimed at maintaining full employment, governments should adopt a rigid rule for the growth rate of the money supply. When Friedman’s monetary rule turned out to be problematic, many governments did not return to Keynesian demand management but adopted inflation targets, with central banks being mandated to follow policy rules. By the end of the 20th century, Keynesianism appeared to be dead.

The global financial crisis of 2008 challenged this approach. It was not the first financial crisis to emerge since the turn to so-called free markets—there had been a major crisis in East Asia, and there had been a spectacular “dot com” bubble that had burst—but unlike earlier crises, the one in 2008 threatened to bring down the whole world’s financial system and, with it, cause a return to mass unemployment not seen since the 1930s. Action needed to be taken, and there was a sudden flurry of interest in Keynesian ideas. Keynes seemed relevant once more. However, this surge of interest did not last long. Within a few years, worries about rising levels of government debt caused many governments to institute policies of “austerity,” cutting back on government spending on the grounds that government debt was rising to unsustainable levels. (Increasing taxes, the other way to reduce a government deficit, was believed to undermine incentives to work and to invest, and was therefore not seen as an alternative.) Such policies were applied in the United States, Britain, and the Eurozone. Keynesian attempts to maintain full employment were abandoned.

Whatever your views on the merits of the policies pursued during this period, there is little doubt that Keynes was, for good or bad, one of the key figures in the 20th century. Unfortunately, this does not mean that he is widely understood. The obvious way to understand him is to read his magnum opus, The General Theory of Employment, Interest, and Money (1936), but this presents difficulties. Keynes was an excellent writer, and some passages in the book can be read by anyone. For example, his account, in Chapter 12, of how people behave in financial markets is easy to understand and resonates with our experience today. The vision, outlined in Chapter 24, of a world in which goods are no longer scarce is highly accessible and reflects values to which Keynes was deeply committed, even if it will strike many readers as naïve. However, the heart of the book is an argument about technical economics that is difficult for non-economists to follow. People were interested in the book because of its implications for policy, but this work says very little about policy. It was even very difficult for Keynes’ fellow economists, for he was defining new concepts and arguing in a way that was deeply unfamiliar. Even his account of what he called “classical economics”—the orthodoxy against which he was rebelling—was presented in a novel and challenging way. 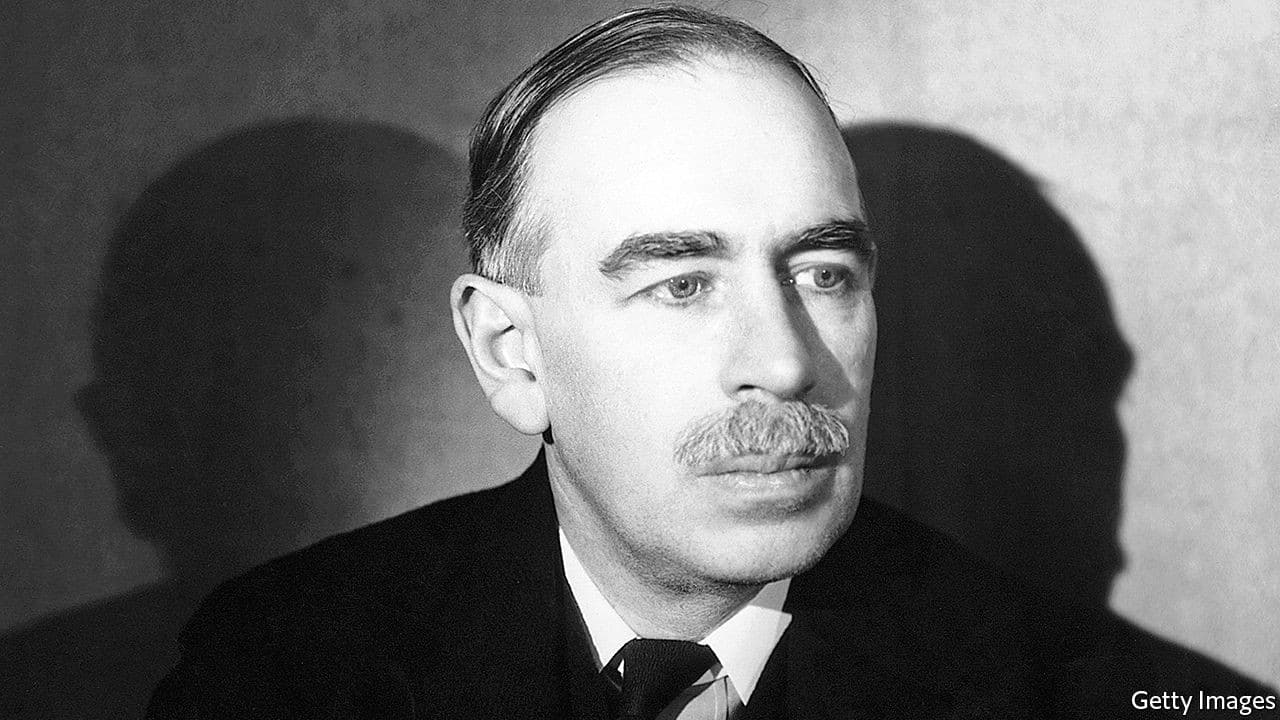 The difficulties do not end here. The General Theory appeared at a time when economists were increasingly turning to mathematical modeling. Instead of theorizing with primarily verbal reasoning, and all the subtleties and ambiguities that this involved, they were increasingly constructing sets of equations from which results could be derived rigorously. Inevitably, when economists tried to make sense of the book, many of them turned to these new methods, which meant that Keynes’ ideas had to be simplified. Keynes had used mathematics: he repeatedly discussed propensities, functions, schedules, and how they fit together; and on some pages, he used simple algebra. This was enough for many early readers of the book to see it as a work of mathematical economics. However, many of the most important ideas in the book were analyzed only verbally, the mathematics providing no more than a skeleton on which to hang an argument that went beyond what could be captured in the mathematics. This style of reasoning differed greatly from the much more formal mathematical economics that was becoming fashionable. The result was that, in order to make sense of The General Theory, economists had to translate Keynes’ mixture of mathematical and verbal reasoning into complete mathematical models that could be analyzed with the degree of rigor that was coming to be expected. This raised whether these translations were faithful to Keynes’ thinking: were the new interpretations placing his essential insights on more secure foundations, or were they abandoning his main ideas? Debates over these questions continued throughout the Keynesian era.

A further reason for the confusion over Keynes’ ideas is that they are politically charged. Physical theories rarely have political or ideological implications, but economic theories do. An economic theory might imply that we would be better off if government did something or did not do something, but this may clash with views about what people think the role of government should be. Whether the state should be large or small is not just an economic question: it is also a political one. Political views have led both supporters and critics of Keynesian policies to distort his ideas, either trying to make them more attractive to their audience or trying to show why they are clearly wrong. Nuance and subtlety get lost. For example, conservatives often portray Keynes as a socialist, associating his ideas with the economic failures of communist societies, even though, as we shall see, he was throughout his life a committed liberal, in the traditional European sense of someone who attached great importance to freedom and to a market economy; he even became a friend of Hayek.

A further difference between economics and much natural science is that economic ideas deal with everyday concepts that people know and believe they understand—incomes, prices, saving, and spending money. People have preconceived ideas about economic problems in a way not true of much natural science. If a physicist makes a claim about what goes on inside an atom, people may not understand, but the physicist does not need to confront pre-existing ideas. In contrast, if an economist claims, for example, that rising government debt is not a serious problem, she has to engage with what people know about debt in their own lives: that if they borrow more than they can repay, they are creating problems for themselves. People often assume that what is true for them must also be true for the government. Keynesian economists have had to battle, repeatedly, against this assumption.

A deeper reason we have often misunderstood Keynes is that the world has changed enormously since the 1930s. The heyday of Keynesian thinking, in the 1950s and 1960s, was very different from the inter-war period in which Keynes lived and worked. In place of economic chaos and the rise of Hitler and Mussolini, there was rapid economic growth and European democracies appeared to be securely established. In place of the breakdown in international relations of the interwar period, there was the European Economic Community, later to become the European Union, and numerous organizations working to bring about international cooperation: the International Monetary Fund, the World Trade Organization, the World Bank, the Organization for Economic Co-operation and Development, and the United Nations. Until the 1990s, the Communist bloc was separate, the specter of nuclear war casting a shadow over East-West relations. Given these changes, it is not surprising that Keynesianism was reinterpreted by each generation, adapted to the new circumstances. Keynesianism thus became more than the ideas of a single person: it became both an evolving body of economic theories and a worldview that inevitably parted company with that of its founder.

This is enough to tell us about the questions to which we need answers if we are to understand Keynes. We obviously need to ask “Who was Keynes?” and “What were the ideas that made such a mark on the 20th century?” However, in order to understand the significance of his ideas, we also need to understand Keynesianism as it emerged and evolved after his death. To do this, we need to think about why his ideas were so influential for such a long period and why many economists and policymakers eventually abandoned his concepts. Only then can we tackle the question that most readers probably think is the most important one: “What is the relevance of Keynes’ ideas today?” Understanding the history of Keynesian economics will, hopefully, make it possible to avoid falling into some of the traps into which many interpreters of Keynes have fallen.

Roger Backhouse is Professor of the History and Philosophy of Economics at the University of Birmingham in the U.K. and Erasmus University Rotterdam in the Netherlands. He has published extensively on the history of modern economics, including The History of Economics: A Course for Students and Teachers (2017), Capitalist Revolutionary: John Maynard Keynes (2011), and The History of the Social Sciences since 1945 (2010). He is a Fellow of the British Academy and has held a Research Fellowship at the London School of Economics.